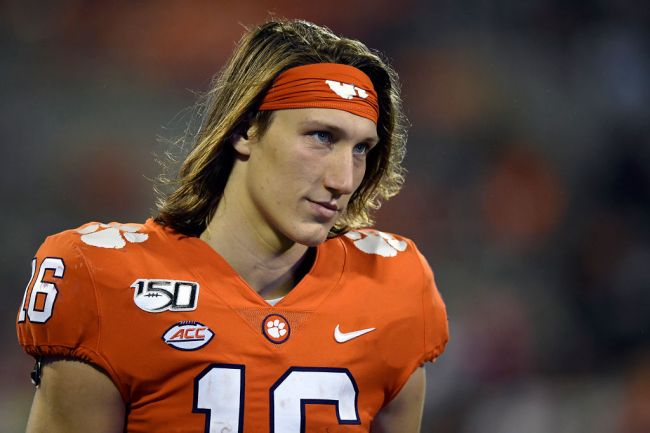 There has been plenty of chatter about teams tanking for Trevor Lawrence ever since he stepped into the fold at Clemson and led the Tigers to a national championship as a true freshman. He’s one of the most exciting quarterback prospects in the history of the game and will go first-overall if he does decide to enter the NFL Draft a year early. Technically, Lawrence could play two more college seasons if he wanted to with this year’s season not counting against any player’s eligibility.

All signs to him skipping his senior season and making the jump to the NFL and while it’s impossible to know if a team is actually tanking for him, the Jets will surely have a great shot at securing the first-overall pick as they’ve started the season 0-6.

This begs the question that if in fact the Jets finish last in the league and get the No. 1 pick and are presumed to give up on Sam Darnold and select Lawrence, should the Clemson quarterback actually enter the draft?

Brian Giuffra of The Big Lead spoke with Roddy White, former All-Pro wideout with the Falcons, and said Lawrence should absolutely return to Clemson if the Jets get the first pick.

Spoke with Roddy White today. He said Trevor Lawrence should stay at Clemson if the Jets have the No. 1 pick. Hard to disagree with his reasoning. pic.twitter.com/Kk4l5sc6Wd

While it may sound crazy to skip out on going to the league and being a pretty much guaranteed first-overall pick, it’s tough to argue any of the points White made. The Jets’ recent track record of developing quarterbacks is far from great. Yes, Sam Darnold is a capable NFL quarterback, but Mark Sanchez, Christin Hackenberg, and Geno Smith all hit rock bottom when playing for the Jets.

The Jets will almost certainly be molding a new head coach at that point as well as Adam Gase is almost a sure bet to be fired sooner rather than later. The Jets are the biggest mess of a team in the league right now and that isn’t going to magically change between now and the upcoming NFL Draft.