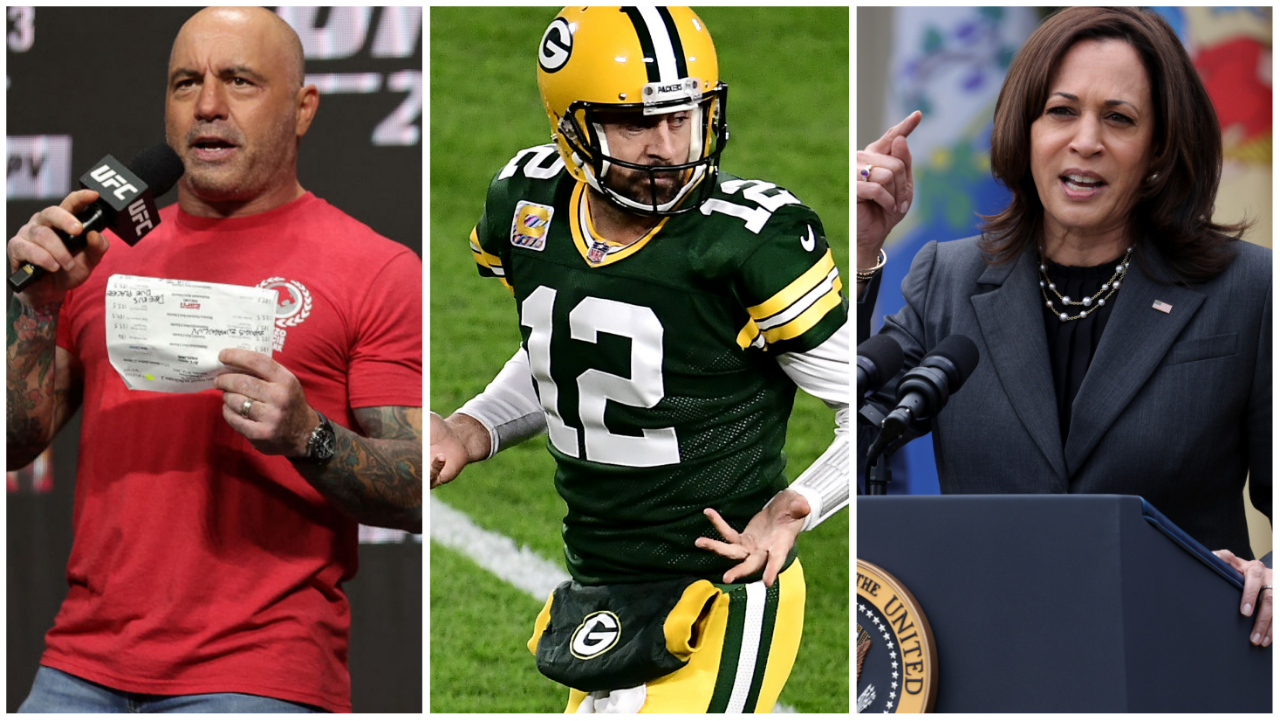 Joe Rogan has a bone to pick with Vice President Kamala Harris over the Brittney Griner situation.

When Griner was sentenced to a nine-year prison sentence in Russia earlier this month after pleading guilty to carrying vape pens filled with Marijuana, Harris called for the WNBA’s star immediate release due to being wrongfully detained.

“With today’s sentencing, Russia continues its wrongful detention of Brittney Griner. She should be released immediately,” “@POTUS and I, and our entire Administration, are working every day to reunite Brittney, as well as Paul Whelan, with loved ones who miss each of them dearly.”

During Saturday’s Joe Rogan Podcast episode featuring guest Aaron Rodgers, Rogan called out Harris for imprisoning people for the same crimes Griner committed during her time as a district attorney.

Rogan went on to rail against the White House for promising to exonerate people who were jailed for marijuana offenses while running for office but failing to do so after winning the election.

Like this student, loan debt forgiveness, that’s great. But how come you guys didn’t exonerate people that were in jail for marijuana? When you said you were going to make marijuana federally legal. None of that has happened,

The Green Bay Packers quarterback took a quick jab at the Biden administration for not keeping their campaign promises.

“You mean a politician said something they ran on and didn’t actually enact that said policy?”

You can watch the segment from the Joe Rogan podcast below.