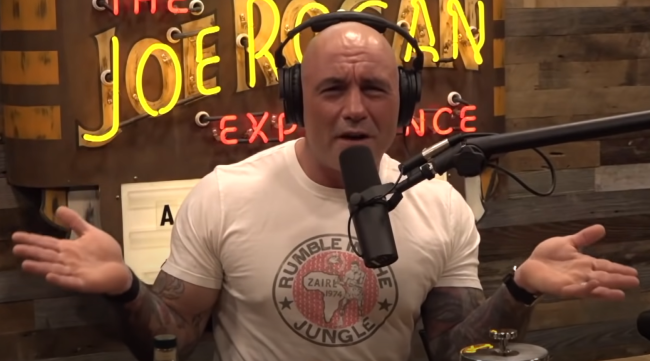 Most sports fans would probably tab Cristiano Ronaldo, Lionel Messi, or LeBron James as the world’s highest-paid athletes in 2021. While those three names were among Forbes’ list of the highest-paid athletes of the year, none of them took the top spot, instead, that was occupied by Conor McGregor.

McGregor has stepped into the octagon only three times since January of 2020 and has done so only twice in the year 2021, both fights being losses to Dustin Poirier. While McGregor has many endorsement deals, is it really possible for him to be paid that well outside of the octagon to be named the highest-paid athlete on the planet?

That’s the same question Joe Rogan had when he saw Forbes’ list of the highest-paid athletes. He didn’t seem too convinced that McGregor’s name should be at the top, despite his reported $180 million of earnings on the year.

Rogan doesn’t think that McGregor being named the highest-paid athlete in the world should count seeing as how those earnings didn’t really have all that much to do with athletic achievements, but instead him selling his whiskey label.

“Yeah, but does it count? Because Conor’s highest-paid because he made a bunch of money off of whiskey. Well, I mean, it’s kind of he’s the highest-paid athlete,” Rogan contemplated on the Joe Rogan Experience.

McGregor will continue to be among the highest-paid fighters on the planet as long as he’s still in the fight game, but Rogan is correct in stating most of his earnings came via his whiskey deal.

The Irishman recently sold his majority stake in Proper No. Twelve whiskey to Proximo Spirits for $150 million. He reportedly made another $8 million off of endorsement deals, therefore the math adds up to him making $22 million from his fights.

The 33-year-old fighter won’t be worried about Rogan’s opinion on the matter or anyone else’s, that’s for sure.

McGregor told Forbes when they called about him topping the list that he had actually been waiting for the phone call.

“It’s been a long time coming, and I’ve been waiting on the call, to be honest. I could have taken the easy money, could have taken the quick buck, took the risk. I put my heart and soul into it, and it’s paid off,” McGregor explained. “Know a lot of these athletes on this list, you know, they make so much from their sport, so much from their endorsements. I’m probably the complete opposite, an outlier, a disrupter.”

The fighter’s earnings obliterated everyone else’s on the list. Messi was No. 2 earning $130 million while Ronaldo took home the No. 3 spot earning $120 million. Cowboys quarterback Dak Prescott somewhat surprisingly was fourth on the list earning $107.5 million.