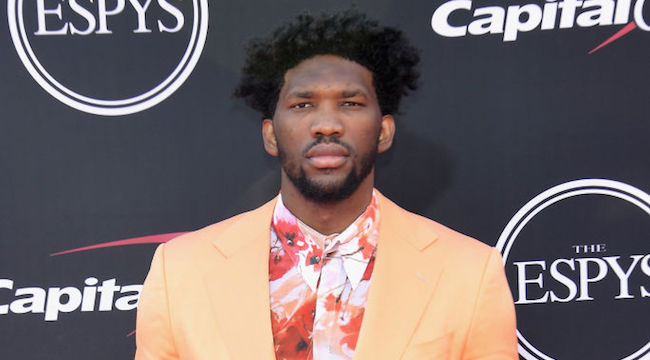 Philadelphia 76er and social media superstar Joel Embiid is one of the NBA’s most promising young talents, and his skills on the court recently earned him a $148 million, five-year extension with the team. Nobody said The Process was going to be cheap.

When you come into that amount of money, you’re basically expected to make a bunch of reckless purchases because why the hell wouldn’t you? I’d personally commission a statue of myself to put in the backyard of my giant mansion that has Big Buck Hunter in every room, but the possibilities are basically endless.

However, it appears the 7-foot center isn’t looking to live a lavish lifestyle.

Embiid told ESPN he didn’t make any major purchases after signing the extension because he already has the everything he needs in life:

When asked what he bought for himself after inking the extension, Embiid answered, “Nothing.”

Just before the extension, he purchased a new home for his parents in Cameroon because the old one was filled with painful memories of his brother Arthur, who was struck and killed by a car three years ago. Embiid wasn’t tempted to indulge for himself, either with jewelry, a house or a new car.

Now that’s a man who has his priorities straight.