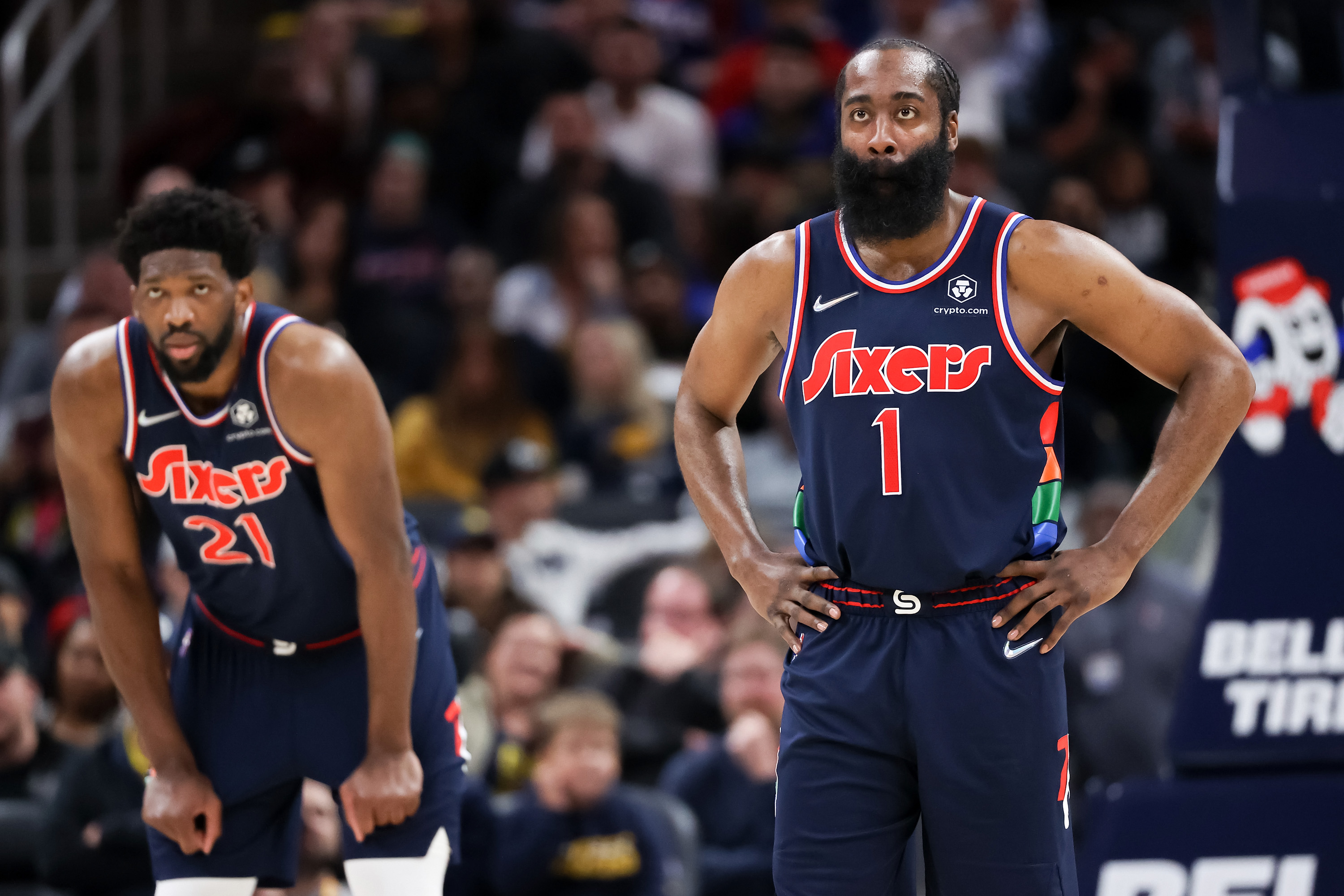 Joel Embiid isn’t one to sugarcoat things, and he was pretty honest when speaking about James Harden after the team’s brutal game 6 loss to the Miami Heat.

On Thursday night, Harden went scoreless in the second half of the team’s elimination game vs. Miami.

While Harden blamed the team’s offense for his poor play, Embiid implied that Harden just isn’t the same player that he used to be.

“Obviously, since we got him, everybody expected the Houston James Harden, but that’s not who he is anymore. He’s more of a playmaker.”

"Obviously, since we got him, everybody expected the Houston James Harden, but that's not who he is anymore. He's more of a playmaker."

Embiid went on to say to compliment former teammate Jimmy Butler who currently plays for the Heat.

"Still don't know how we let him go"

Embiid on Jimmy Butler no longer being a 76er pic.twitter.com/kyGhZ4dLuI

Fans had some interesting reactions to Embiid’s comment about Harden.

Throwing another teammate under the bus publicly 🔥🔥🔥 https://t.co/fTMuLUyB1B

Two years in a row Joel Embiid lays an egg in a close out game at home, and the subtly jabs a teammate afterward. James Harden must be thrilled.
LEADERpic.twitter.com/0jtsE2y8Vc

Wait is it possible both teams lost the Simmons-Harden trade https://t.co/ErDMfbXQOY

I love Joel but he gotta learn when and how to talk about teammates man. Honesty is not the best policy publicly. https://t.co/L1nyHl4KmO