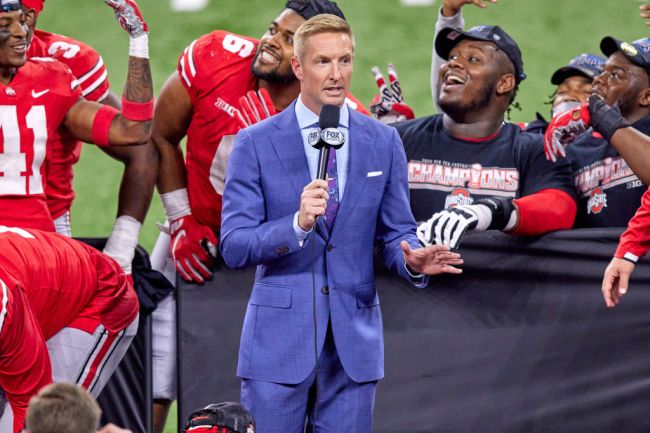 Joel Klatt can’t be described as the most active sports analyst on Twitter, but it’s safe to say he pays attention to what’s going, especially if what’s going on happens to be a lie about himself.

His latest exchange with a random stranger on Twitter is the perfect example of that.

On Wednesday afternoon, a Twitter user accused Klatt of not properly wearing his mask during a flight to Columbus despite a flight attendant supposedly getting onto him about it multiple times. The user also said Klatt “seems like a jerk” and then called out his employer, Fox Sports.

Well, it turns out Klatt wasn’t on that flight, seeing as how he isn’t headed to Columbus to cover the Ohio State – Oregon game until Thursday. Klatt very politely pointed that out, but the damage was already done. After Klatt’s response and I’m only assuming dozens of others calling him out for his mask-shaming tweet, the Twitter troll deleted his account entirely.

“That’s weird…Nathan, did you know that I have never flown a Delta flight to Columbus?? I fly on United and won’t be heading to CBus until tomorrow…. However, you seem like a great guy,” Klatt wrote in his quote tweet.

Tough scene. You hate to see it.