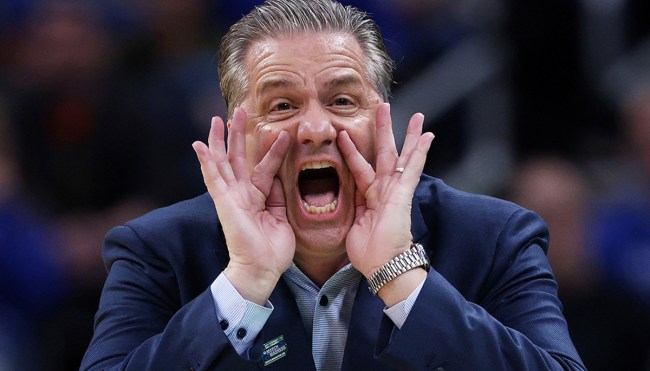 One of the biggest draws of college basketball is the frequency with which teams who seemingly have no business hanging with the big boys and blue bloods of the NCAA are able to do exactly that.

That’s especially true when it comes to March Madness, as a major reason a lot of people tune in each year is the potential to watch Cinderellas like Saint Peter’s, Florida Gulf Coast University, and George Mason shock the world.

However, there are also a few programs that have managed to become perennial contenders despite having the odds stacked against them—and it’s hard to think of a more notable example than Gonzaga.

The Bulldogs played at a university with an undergraduate population of just over 7,000 students and are one of those college basketball teams that a lot of casual fans have to Google on a yearly basis to remember where they’re located (if you’re one of them, the answer is Spokane, Washington).

However, the Zags have become a force to be reckoned with since the Mark Few Era began in 1999. While the team is still in search of its first national championship, it’s made the NCAA Tournament every single year since Few took over as head coach and come up just short by losing in the title game on two occasions.

As a result, it’s hard not to respect what Gonzaga has been able to do—although I think a lot of people would agree Kentucky head coach John Calipari is having a bit of trouble doing exactly that based on the drama that’s unfolded concerning an upcoming showdown between the Bulldogs and the Wildcats.

On Tuesday, the two schools announced they’d agreed to a home-and-home series slated to kick off on Gonzaga’s turf this season. However, it soon became apparent that might not technically be the case due to Kentucky’s apparent issue with the size of McCarthey Athletic Center—a.k.a. “The Kennel”—which can fit 6,000 fans.

Calipari essentially confirmed that speculation on Wednesday when he announced the two teams will be facing off at Spokane Arena, which boasts a capacity of a little over 12,000 and is located about a five-minute drive away from campus.

The coach addressed the development in a series of tweets that will instantly surpass your recommended daily allowance of sodium, as Calipari’s attempts to defend the decision to lobby for a change in venue are coated in an impressively thick layer of salt that likely won’t sit well with a lot of Gonzaga fans.

I imagine there will be some #BBN and some Gonzaga fans too who will sneak in the game this year because there’s more seats!

This is great for both schools and I can’t wait to get the series started. Maybe we make this four years? 👀

The two squads will face off in Spokane on November 20th, and that day cannot come soon enough.