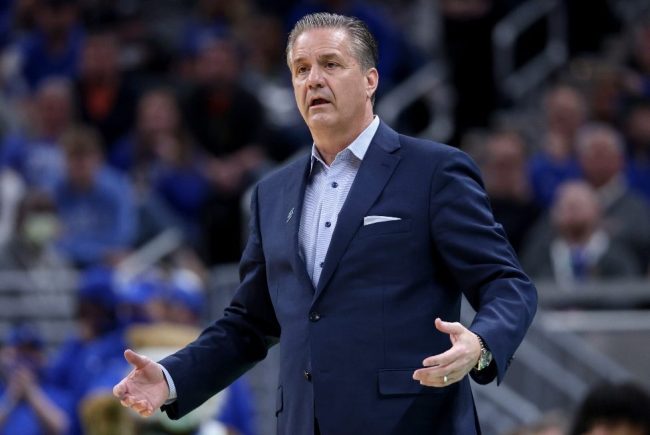 The college basketball season is nearing and we have a John Calipari rant for the ages. The Kentucky Wildcats are set to have another strong season and many are excited about the new year, as it sounds like the team is getting a new practice facility soon. However, head coach John Calipari has one thing on his mind and it’s animal pee.

Kyle Tucker of The Athletic spoke with Calipari and dropped a nice teaser for his interview. The rant got so wild, that the Kentucky head coach asked Tucker if he had ever seen a giraffe pee. I don’t know about you, but that’s the best teaser for an article I’ve ever read.

Today, John Calipari asked me, “Did you ever see a giraffe pee?”

Apparently, the rant was a full 12-minutes long. Tucker provides a nice preview of his article you can find at The Athletic. However, this little snippet of John Calipari going off about animal pee is absolutely hilarious. The Kentucky head coach was literally just asked about his vision for a practice facility and this was his response.

Within Cal’s 12-minute rant when I asked about his vision for a practice facility, this gem about animal urine and why he raised the money himself for a new locker room at Rupp in 2012:

Did you know giraffes pee for five minutes? Neither did I so at least we can say we learned something today. Although John Calipari went off about animal pee, he’s sure to have the Kentucky Wildcats prepared for the upcoming season. As usual, his team will be ranked as one of the best in the nation. We’ll see how it all plays out once the season kicks off. Look for Calipari to do everything possible to bring another championship home.