John Calipari Says He’ll Help Knicks ‘Any Way He Can’, But Makes It Clear He Has No Interest In Becoming Head Coach 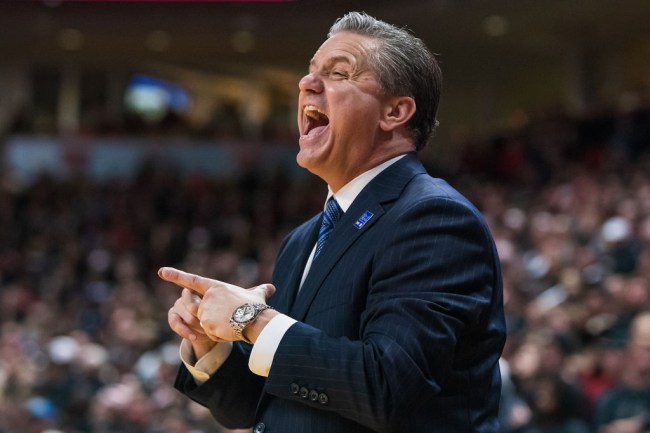 Leon Rose is expected to become the new president of the Knicks and with this news, a connection of John Calipari possibly coaching New York has come about.

Rose is a CAA player-agent and he and Calipari have known each other for more than 25 years. Calipari is a name always rumored among NBA head coaching circles and whenever there’s a connection like this the rumors really catch some fire.

Calipari was asked about his relationship with Rose and the entire Knicks situation that is, currently, a pile of hot garbage. He was quick to offer some kind words about his long-time friend but also shut down all of the coaching rumors.

“I’ve never heard in 25 years anybody say a bad word about Leon Rose. Not one,” Calipari said according to Kyle Tucker. “He’s a gatherer, he’s a culture-builder. I understand why [the Knicks] would do it if they do that [hire Rose]. Because I’m so close, I’d help him in any way I could being a resource. It just wouldn’t be to coach.”

Calipari coached the Nets in the late 90’s, but has been in the college game since 2000 coaching Memphis from 2000-2009 before taking over at Kentucky.

Last year Calipari reportedly received a lifetime contract with the Wildcats and he seems pretty happy in Lexington, to say the least.

Before I go to bed, let me just say this: I’m coaching at the Univ. of Kentucky. In my opinion, there is no better job in the world to coach basketball. My plan and my desire is to retire at Kentucky. I think the university feels the same as I do and we’ve talked openly about it.

Calipari will always be linked to NBA head coaching jobs given his success at the college level and the amount of NBA players he’s developed during their time in college, but it’s pretty clear his focus is solely on the Wildcats at the moment.