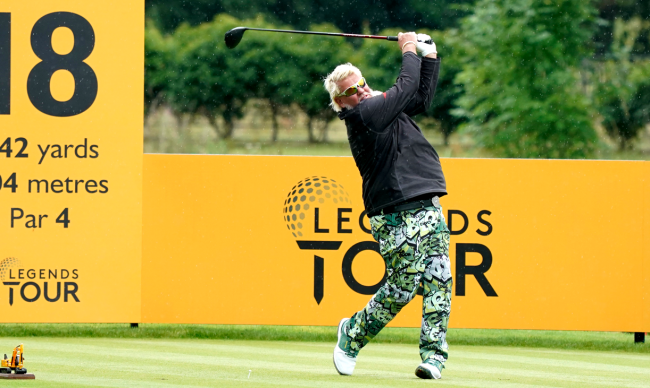 While 11 golfers, including Phil Mickelson and Bryson DeChambeau, who jumped to the LIV tour are suing the PGA for suspending them from playing in Tour events, John Daly is over here begging to join them on the new circuit.

The 56-year-old, two-time major champion made this admission, and explained why, during a recent interview with Piers Morgan.

“I begged Greg Norman to let me be on the LIV tour because, you know, we work really hard and I played with Brian Harmon in a practice round and some other guys in the practice rounds of the British Open,” said Daly. “It’s like, we play pro-ams, we get it, okay? That’s what is the backbone of a lot of our tournaments, but, Brian Harmon says, ‘Give us a box of chocolates for the effort.'”

“Look, I’d rather play with amateurs than the pros sometimes, but, you know, we’ve got to get compensated for that and the LIV tour has given players that,” Daly continued.

Daly then pointed two fingers at himself.

When Morgan asked John Daly why he isn’t on the LIV tour, he replied back, “Greg says he’s not doing anymore, and I’m too old.”