John Daly, A God Amongst Men, Makes Hole-In-One In Charity Event While Barefoot 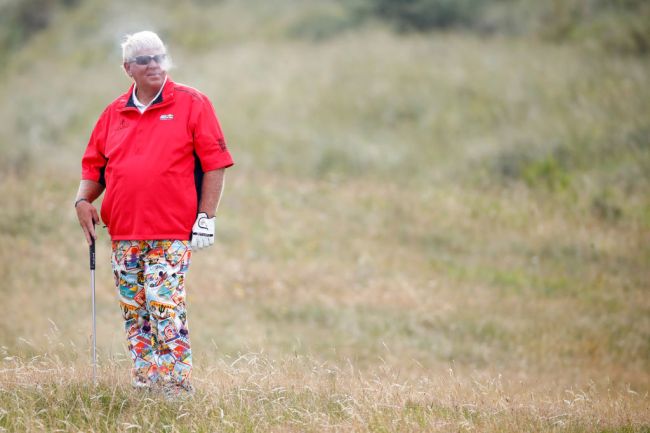 If you’ve ever played in some sort of charity golf scramble, chances are you’ve seen some crazy stuff. Whether it be the worst player in the group winning a closest to the pin challenge to win some cash or a guy winning a long drive contest after contributing exactly zero shots to the team all day, golf turns really weird really fast in random scrambles.

Speaking of seeing something special during a scramble, how about getting to watch John Daly swing a wedge on a Par 3 without any shoes on and making a hole-in-one? That’s what Joshua Price’s group got to witness during a charity event for fallen Navy Seals.

It’s great to see Daly out there having some fun and being his typical self.

Last month he announced that he has been diagnosed with bladder cancer. The 54-year-old explained that doctors discovered the cancer after he went in for an appointment for kidney stones. Daly said that he had undergone surgery to remove the cancer but said there was an 85% chance it could return.