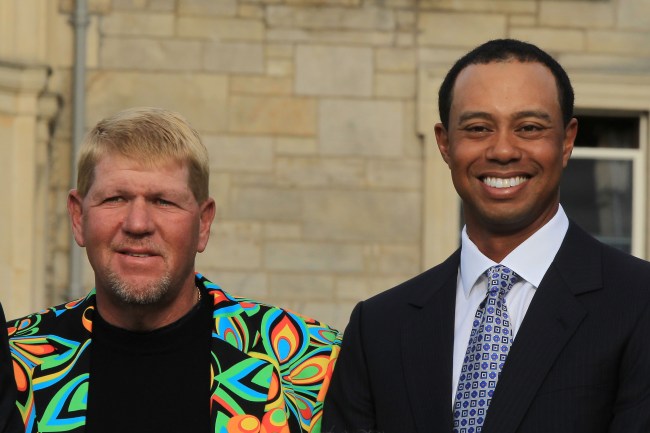 John Daly’s officially aboard the Tiger Woods train after the latest Masters champion scooped up his 15th career major title, inching him closer to Jack Nickalus’ all-time major championship record of 18. While Woods’ win officially proclaimed that he’s back after all the emotional and physical ailments that hit him over the years, John Daly knew it was just a matter of time till Tiger was back on top of the mountain again.

In a video that was posted to TMZ Sports’ YouTube channel, John Daly was in full support of Tiger, giving his thoughts on why it’s now “destiny” that he takes down Nicklaus as the golfer with the most major titles in history. Here’s the video of big John.

To paraphrase John Daly, here’s what he said, per Bleacher Report:

“I never thought he was gone,” Daly responded when asked if Woods is back. “I still feel like he’s gonna win Nicklaus’ records. I’ve always believed in him. I’ve never doubted him. Everybody goes through a couple years of this and that. He’s just so good.

“I not only think, I know he will [break the record]. I just feel like I know he will. It’s just destiny. I mean we’ve seen the Curse of the Bambino, the [Boston] Red Sox winning the World Series in our generation. The [Chicago] Cubs won a World Series. Tiger’s back. It’s a cool generation of major, major things that have happened in our lives. It’s pretty cool.”

You’ve got to love the enthusiasm with which John Daly is supporting Tiger Woods. The two golfers, who, on the surface are polar opposites when, in fact, they actually share a lot in common when it comes to their off-the-course past, have played together a number of times over the years, and it’s kind of cool to see Big John get excited about what might happen with Tiger’s career moving forward.

Since both John Daly and Tiger Woods are complete badasses — and everyone’s talking about the sport of golf now following the incredible Masters victory of Tiger — you might just want to scoop up some gear of the two. 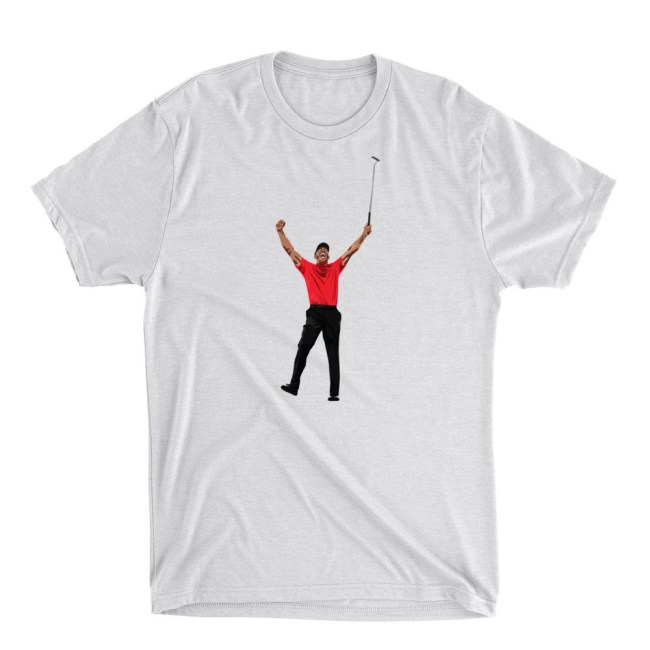 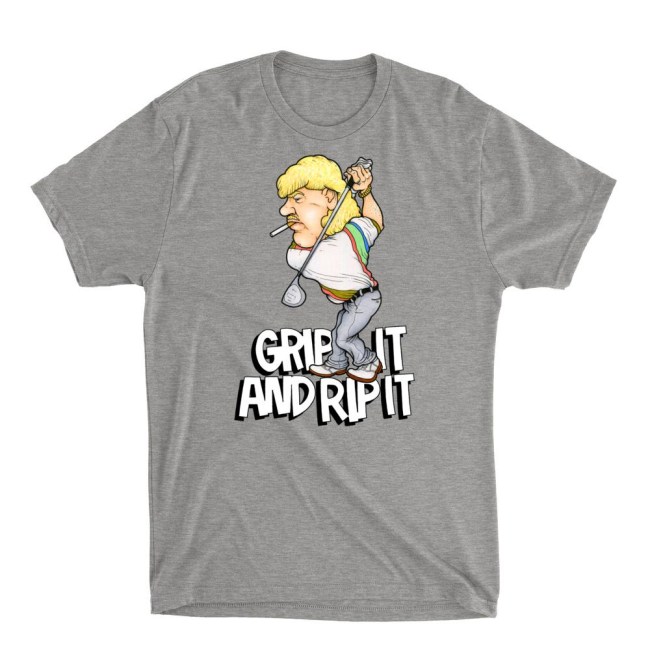 BUY YOUR JOHN DALY GRIP IT AND RIP IT SHIRT HERE

We can’t get enough of these dudes, so we’ve got some badass custom shirts featuring both Daly and Tigers, so grab your sticks, head over to the range, split a buckets of beers and balls and wear these things proudly.