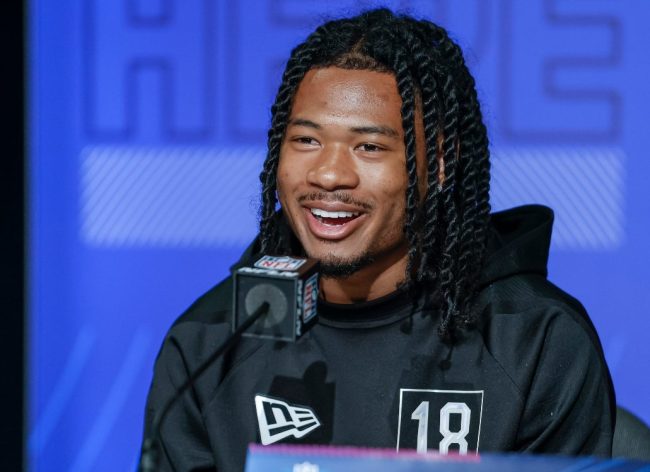 The Houston Texans are currently preparing for the upcoming season as they hope to at least compete in the AFC South. At the conclusion of the NFL Draft, the franchise hauled in a decent group of rookies. Unfortunately, rookie receiver John Metchie III was diagnosed with leukemia in the offseason. Now, it appears things are looking up.

The good news about Metchie is that he has a curable form of leukemia. Reports have been that he should make a full recovery, but it’s still a serious situation. Despite that, the Texans’ rookie was able to return to practice and participated with his teammates.

This is just great news for John Metchie III, as after several weeks he has the opportunity to return to practice. His status for the 2022 season is still up in the air. However, the Texans have to feel great about their rookie receiver returning to the practice field.

If he can make a full recovery sooner, rather than later, Houston suddenly has a decent wide receiver group. Brandin Cooks is one of the most consistent pass options in the league while Nico Collings has made strides in his development this offseason. Mix in a healthy John Metchie III, and the Texans could have a solid passing attack.

Keep an eye on Metchie for now, as he seems to be making a great recovery from leukemia. Hopefully, we get to see him in some games this year and help the Texans in the 2022 season.