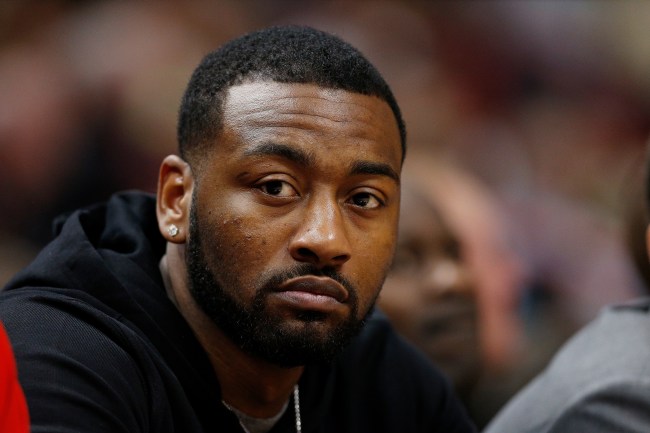 John Wall was already out for the rest of this season when he chose to sit out to deal with his achilles. Unfortunately Wall aggravated the injury when he slipped and fell at his home last week and is now going to be forced to sit out the majority of next season as well.

Wizards star John Wall underwent surgery for a ruptured left Achilles tendon and will be out 12 months.

Wall suffered the torn Achilles tendon after slipping and falling in his home, team says. https://t.co/wcGdRXSZtB

Of course the Internet had jokes about Wall’s unfortunate slip and fall.

How john wall get injured at his house?
*john wall in his house* pic.twitter.com/r9zvXUncj7

Imagine if he didn’t have life alert 🙏 pic.twitter.com/iTbovsb10A