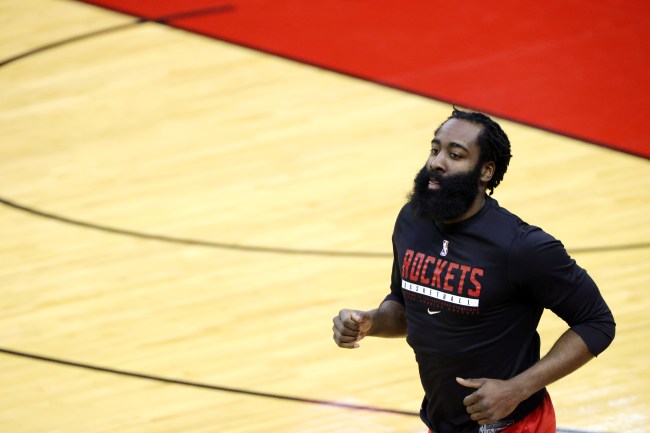 It’s pretty clear that James Harden doesn’t want to play in Houston and his teammates are starting to get frustrated with him.

During Tuesday night’s Rockets-Lakers game, fans noticed that Harden basically refused to participate in the team’s offense whenever he didn’t have the ball in his hands.

It's really hard to gameplan offensive adjustments when your best player refuses to get involved in half of the plays. John Wall can be just as bad for it, but he looks right at James Harden here for a good second after he penetrates like 'hey James, wanna join in this one?' Nah. pic.twitter.com/MEhcS2Aoro

Harden’s lethargic play against the Lakers led to an annoyed John Wall to vent to the media after the game.

“It’s only been nine games. Come on, man, you want to jump off the cliff after nine games?"

“Like I told everybody tonight, when the 1-15 guys are all on the same page and they commit…you all will be fine. But when you have certain guys in the mix that don’t want to buy in as one, it’s gonna be hard to do anything special as a basketball team…It hurts.”

“If we can all get on the same page, we can be something good here. We can’t dwell down on it because it’s only been 9 games. Come on, man. You’re going to jump off the cliff off of 9 games? There’s a lot of basketball still to be played.

Harden didn’t seem to care about Wall’s comments and straight-up said that he doesn’t think the situation in Houston “can be fixed.”

James Harden: "We're just not good enough. We don't, obviously, chemistry, talent-wise, just everything, and it was clear these last few games…" pic.twitter.com/4bTcaK7TDv

I love this city, I literally have done everything I can, this situation is crazy but I don’t think it’s a situation that can be fixed.

The Rockets are currently playing hardball with several teams as they try to negotiate a trade deal for Harden.