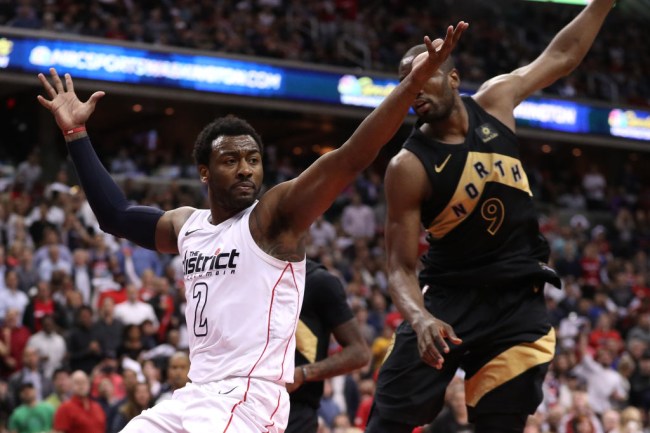 Team USA men’s basketball minicamp began Thursday in Las Vegas, and players put on their Team USA gear and took their team photos. John Wall’s Team USA photo caught the eye of NBA Twitter by how terrible it was.

The photo was released by the Wizards official Twitter account and immediately deleted but not before Wall was roasted by the entire Internet.

Going to be leaving the internet for 48-72 hours or however long it takes for everyone to stop sharing that John Wall photo. Thank you for your understanding.

look idk what john wall was on this summer but lmk if you find it pic.twitter.com/EZC6ufft0L

John Wall low key looks like Craig's dad from Friday After Next pic.twitter.com/rC1gkh8KDJ

John Wall has been up for a minimum of 72 straight hours sipping Henny and playing blackjack pic.twitter.com/n9pbILj7Od

The Eastern Conference is up for grabs for the first time in 8 years and John Wall is on that Anthony Bennet diet smh pic.twitter.com/Tux6VACYu9

"John how high are you?"

Even John Wall’s mom jumped in on the fun.