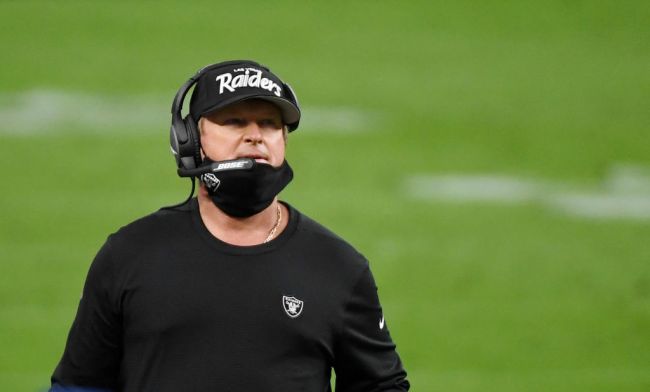 Did the NFL deliberately leak the racist, homophobic Jon Gruden emails to the public so that he could get fired? One NFL insider believes that’s the case.

Considering the emails were discovered in a workplace misconduct investigation by the NFL, one NFL insider strongly suspects that the league deliberately leaked the emails until Gruden got fired or resigned.

Per the @nytimes, commissioner Roger Goodell instructed league executives to look at more than 650,000 emails during the past few months during its investigation into the workplace culture of the Washington Football Team.

The only emails we've gotten so far are about Jon Gruden. https://t.co/OCzU37ZsFS

On Monday night after the latest leak, Pro Football Talk’s Mike Florio theorized that the NFL was going to continue leaking emails until Gruden was fired or resigned on his own.

Florio would later expand on his theory once Gruden officially resigned as Raiders head coach.