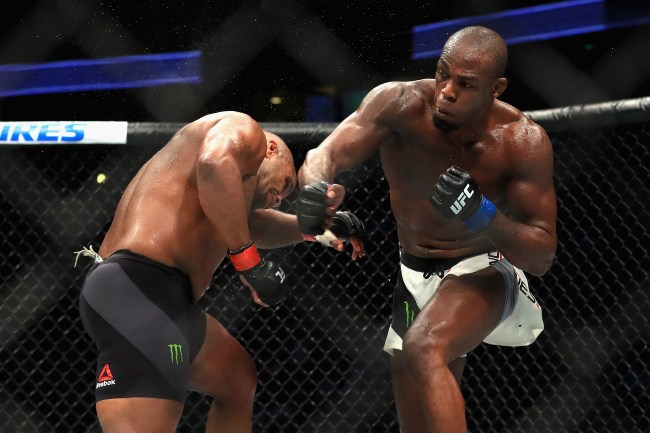 Jon Jones is the primary reason UFC 232 will take place at The Forum in Inglewood, California this weekend instead of in Las Vegas where the event was originally supposed to be held.

UFC was forced to move the event after Jon Jones (22-1-0, 1NC) failed a drug test with trace amounts (picograms) of a metabolite that was found in his system back in 2017 when he failed a test. They think this was just residual amounts left from 2017 but ESPN’s Brett Okamoto said Nevada still wouldn’t license him because of the failed test.

California will license Jon Jones despite the trace amounts leading to a failed test so UFC scrambled and now UFC 232 is being held at The Forum on Saturday 29. Jones later addressed the failed test in a series of tweets which you can check out on For The Win.

On Christmas, Jon Jones took to Twitter to ask his fans what song he should walk out to at UFC 232 for his fight against Alexander Gustafsson (18-4-0) and fans were quick to roast him with comments about the failed drug test and other things from Jones’ past. Here were the best responses to Jon Jones’ tweet:

We could’ve stopped here but there are just so many good responses.

"the drugs don't work" by the verve.

It’s amazing how like 50% of all music in the world is about drugs.

Because I got high – Afroman

Drugs in my Pocket – The Monks

This answer is way too sensible.

Gotta be California Love no?

This would kill it with the crowd.

Shaggy – It wasn’t me

Carrie Underwood has to be the winner, right? There’s really not a better choice than this.

I can’t imagine Jon Jones didn’t expect this. He has to have some sense of awareness. But maybe I’m wrong. Maybe he really thought it was a good idea to send out this tweet.