Jordan Addison Works Out With Heisman Winner Amid Transfer Speculation 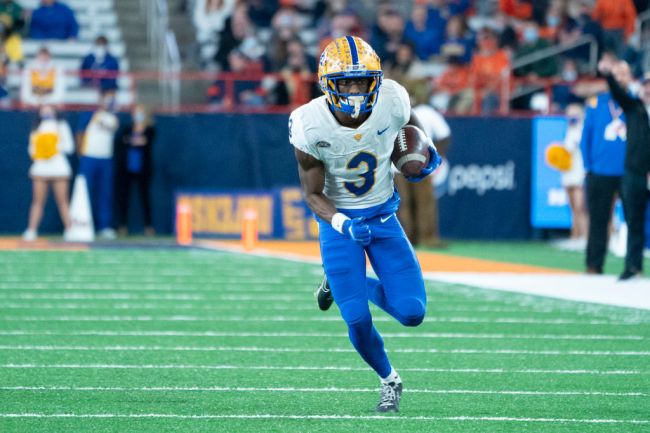 Seemingly out of nowhere, Jordan Addison became the biggest story in college football this week after announcing that he would be entering the transfer portal instead of returning to Pittsburgh for his junior season.

It’s obvious why this transfer is such a big story. Addison was the top receiver in college football last season, winning the Biletnikoff Award after posting an incredible 1593 receiving yards and 17 receiving touchdowns.

However, since entering the transfer portal, the story has really turned into more complaining about the transfer portal and NIL. This was due in part to the expectation that Addison would accept a huge NIL deal to go play for USC.

Now, there may be some hope developing for another school. The Athletic reported today that Addison was working out with Alabama quarterback Bryce Young.

Pitt star WR Jordan Addison is reportedly in California training with Alabama QB Bryce Young this week, according to a @TheAthleticCFB report.

Addison is the No. 1 available transfer in the @247SportsPortal.https://t.co/Iy1jes4fJy pic.twitter.com/IT384nuSJf

I can’t imagine this development would reduce the complaining about Addison’s transfer at all. Bryce Young is coming off of a season where he won the Heisman and led the Crimson tide to the National Championship Game. With Jameson Williams, John Metchie III, and Slade Bolden all leaving Alabama this offseason, the rest of the country at least had some hope they’d slow down.

Landing Jordan Addison would quickly dash those hopes. Young and Addison playing together would be a nightmare for opposing defenses and now the rest of the country might actually have a reason to root for USC as this transfer saga unfolds.