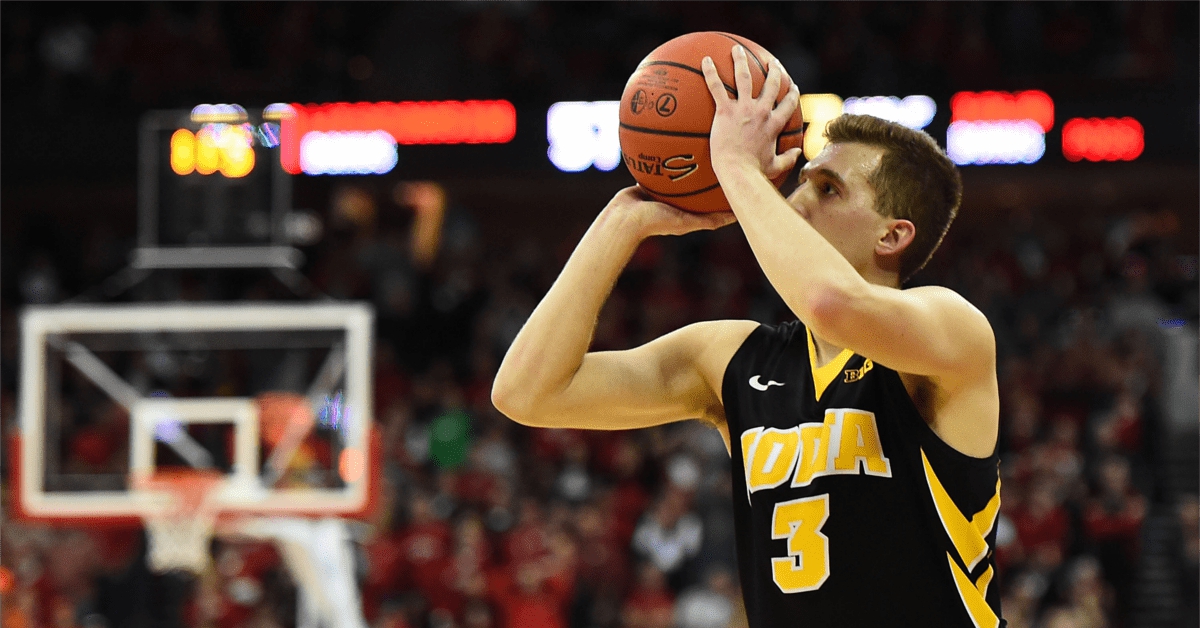 It’s not often that missing a free throw is celebrated as a respectable play, especially when a player misses the shot on purpose. Yet in the case of Iowa point guard, Jordan Bohannon and his second-half free throws on Sunday against Northwestern – a miss free throw was perfect.

When the sophomore stepped up to the free-throw line in the last couple minutes of the regular season at Carver-Hawkeye Arena in Iowa City, he had the opportunity to make his 35th consecutive free throw. With 34 straight free throws made, Bohannon had tied the school record.

So, with the opportunity to hit a 35th consecutive free throw, Bohannon put a little extra arch on the ball to ensure he missed his free throw. And for that exact reason, coaches, teammates, and fans will all respect him more and appreciate his missed basket.

Why? Because the record of 34 consecutive free throws belongs to Chris Street. Street played for the Hawkeyes in the early 1990s before he was tragically killed in a car accident halfway through his Junior season.

Bohannon decided Street’s name deserved to hold that record in the books, so he didn’t want to surpass Street tonight.

You can watch Bohannon miss his shot and give a subtle hat tip to Street here:

Here is the free throw Jordan Bohannon missed on purpose that would have broken Chris Street's record. And then a minute later, back to the line, you see his homage to Street. He made them both. pic.twitter.com/pv7Q0HOQdm