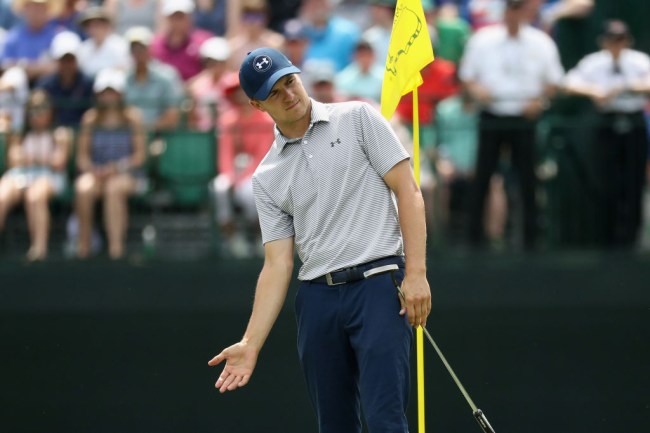 Jordan is the #4 ranked golfer in the world at the moment so it makes sense that his success would extend to The Masters but insiders believe Jordan has found a competitive advantage at Augusta off the course because he rents two houses whereas other golfers only rent one.

The topic of Jordan Spieth’s living quarters at Augusta giving him a competitive advantage go back to an article on PGATour.com in 2015 and the theory endures. During a recent appearance on The Buffet Podcast, golf writer Jason Sobel commented on this topic and breathed life into the fire. Here’s what he had to say:

Jordan Spieth and his team get two houses. They’re right down the street from each other, there’s a party house, and friends and family are there . . . it’s a great place for Jordan to go after a round and decompress and get away from the golf and not even have to think about The Masters.
But he also has this other house. Which is just his . . . he’s able to go there, and focus, whether it’s before the round or after the round, he can at least be alone, he can get away from all those other people. (via)

The theory being pushed is Jordan Spieth shells out an additional $20K+/week for a second rental home in Augusta so he can have a quiet space to sleep, and shut down but also have a fun party house where his friends and family can all hang. This way he can show up and unwind whenever he’s looking to chill and he can retreat to his quiet sanctuary whenever he needs to focus.

It’s easy to wonder why the other PGA pros aren’t doing this but when you consider it costs $20K just for a second living quarter it begins to sound insane…Unless you’re Jordan Spieth and you’ve earned $3.7 million at The Masters in the past 4 years.

So, who do you bros think will be wearing the Green Jacket on Sunday? I’d love nothing more in the world than to see Tiger Woods win it all but I’m thinking this might be Tony Finau’s year.