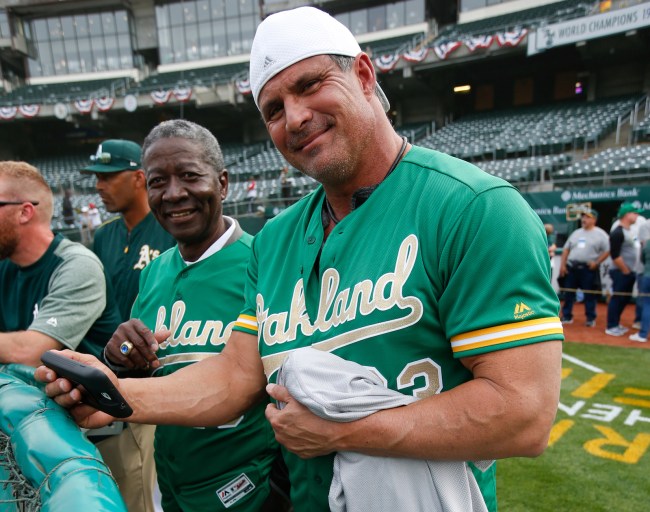 Seriously, if this news is accurate, how the hell did it take so long?

The headline “Jose Canseco To Make Professional Wrestling Debut” seems something I should have written years ago.

Maybe in like 2002, after the former “Bash Brother” retired from using steroids and abusing baseballs.

Still, here we all are in the year 2019, and Canseco is finally entering a calling in which he seems like a natural fit.

We will also present the 1ST OklaMania Jose Canseco Home Run Derby on November 2nd, 2019 in Ardmore, Oklahoma at Ardmore Regional Park where a portion of the proceeds will be donated to Carter County Toys for Tots.

So, Jose will be at a wrestling event, but will he actually get into the ring and wrestle?

Here’s where the “allegedly” part comes in.

“Last year, upon working with Jose for the first time, I think we both knew the professional wrestling venture was inevitable if done properly. A little over a year later here we are announcing it. Jose is still in immaculate shape, and it’s my pleasure to share this platform with him,” said Jerry Bostic, CEO of World Class Revolution Inc.

I’m pretty sure this is bullshit.

Canseco gets paid to use his name, hits a couple baseballs over a fence, he gets involved with one of the matches the next day, and the promoter and the former MLB star go home counting dineros.

The real money would be in figuring out a way to turn Canseco’s feud with A-Rod into a main event match.