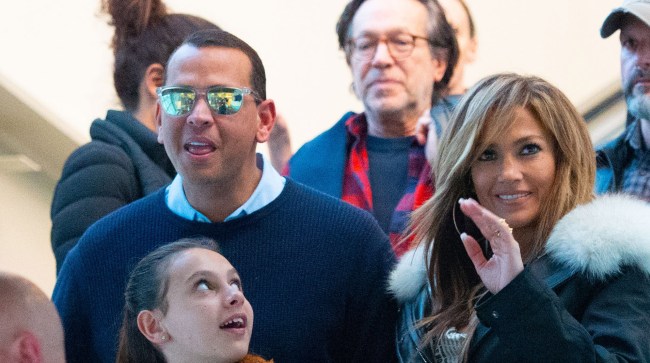 Get ready to pop some more popcorn because Jennifer Lopez has finally responded to Jose Canseco’s allegations that her fiance Alex Rodriguez has been cheating on her with his ex-wife, former Playboy model Jessica Canseco.

It was exactly one month ago today the we reported about Jose Canseco going on a Twitter spree in which, among other things, he told Rodriguez to “stop being a piece of sh*t” and stop cheating on Lopez.

A few days later the woman in question, Jessica Canseco, posted to Twitter with her first tweets since 2013 and unequivocally said Jose was completely making it all up.

Naturally, being the rational human being that he is, Jose followed his ex-wife’s tweets up with more of his own asking her and Rodriguez to take a polygraph and requesting that Alex and Jennifer contact him to discuss the matter.

And that was pretty much that. Until Lopez appeared on The Breakfast Club on Wednesday and Charlamagne Tha God asked asked her about Jose Canseco’s cheating allegations.

Rodriguez and Lopez got engaged last month, which apparently triggered Canseco’s allegations, but so far no wedding date has been announced.

ARod what happened to your eye? Did one of your girlfriends do that to you? Stop being such a liar and a cheat