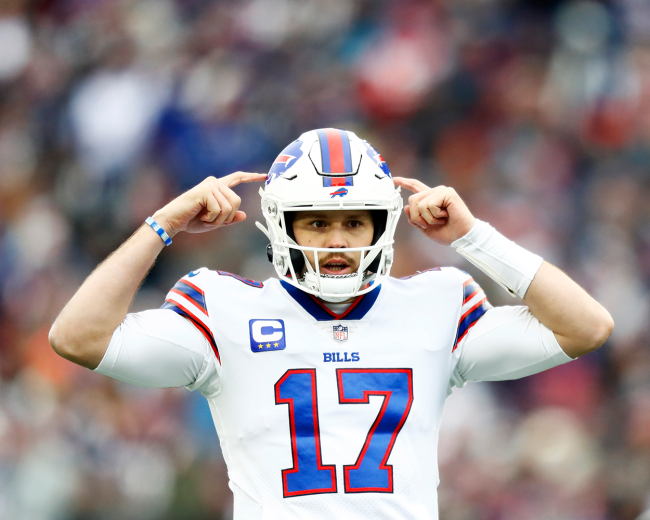 The Bills are not falling for Josh Allen’s tricks. Well, the veterans aren’t at least.

As Buffalo looks ahead to the 2022 season, it will turn to its 6-foot-5, 237-pound quarterback to help take the next step toward a Super Bowl. In the meantime, as training camp gets underway, he can’t stop cracking ‘Deez Nuts’ jokes.

If you are unfamiliar with the jokes, here is the most simple example:

PERSON 1: Hey, will you hold these?

And then you get more creative from there, for example:

Now that you get the idea, it will help you to have a better understanding of the torment that the Bills quarterback is bringing to the locker room

According to tight end Dawson Knox, who is one of Allen’s good friends, Josh Allen has a new ‘Deez Nuts’ joke every day.

Allen goes up to his teammates and asks them a simple question, hoping that they do not suspect what is to come. If they don’t, he gets them with a ‘Deez Nuts’ joke.

But apparently the people who have been around Allen for a few years are onto his shenanigans. The rookies, however, are left in a vulnerable spot. They are new to the team so they feel more obligated to answer Allen’s questions.

Dawson Knox explains why you can NEVER be comfortable around Josh Allen. #BillsMafia pic.twitter.com/PVZRnDNRV1

Now, you have to love this from Allen. Keeping his teammates on their toes. And you just know that when he gets someone with his joke of the day, the pure elation radiates across the locker room. Deez Nuts are a direct contributor of good vibes in the locker room.