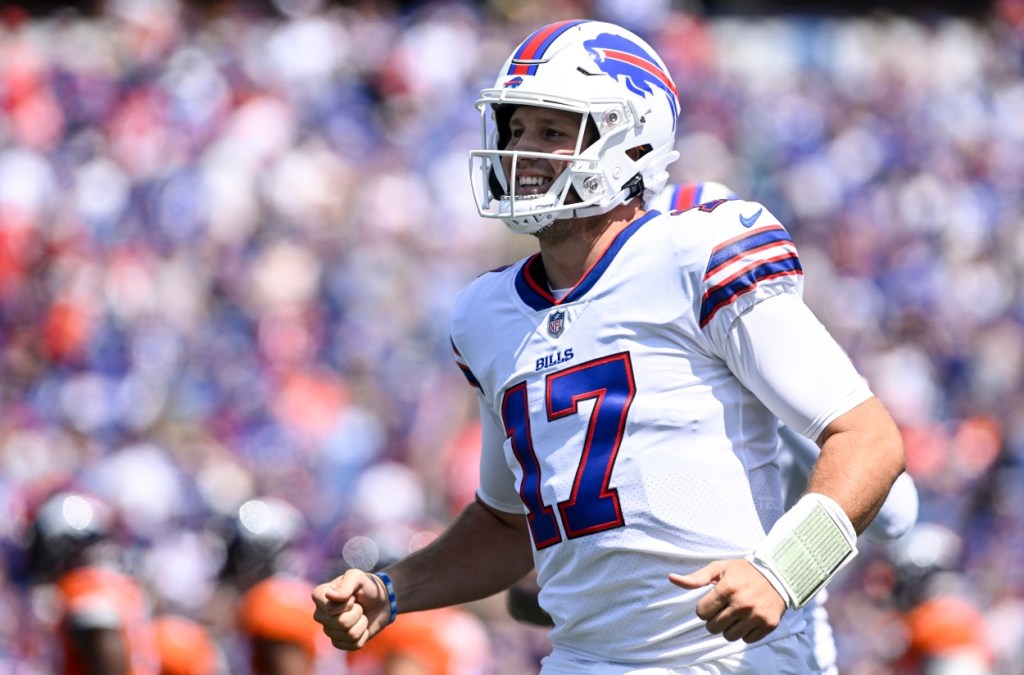 The Buffalo Bills led by Josh Allen will be scary good in the 2022 NFL season. They’ve already been a 10-win team for three seasons in a row. And last season was cut short by the thrilling 36-42 loss to Patrick Mahomes and the Kansas City Chiefs in an instant classic.

Now, it seems as if Josh Allen has been singularly focused on improving himself and mastering the game of football. At least according to Josh Allen himself who recently appeared on The Adam Schein Podcast and discussed how he wants to ‘own the game’ of football.

Buffalo is already the favorite to win the Super Bowl this season and these comments from Allen will only reinforce that. And it’s not that Allen is talking about winning trophies, it’s how he seems focused on improving every aspect of his game in ways we usually only hear Tom Brady speak.

Josh Alper of PFT transcribed these comments from Josh Allen’s appearance on The Adam Schein Podcast, here’s what Allen had to say:

Josh Allen: “Where are my eyes in zone coverage? What am I trying to throw here? Am I trying to throw the high-low? OK, let’s find the linebacker responsible for this area, and let’s work him instead of having my eyes in a different spot. Whether it’s a safety or a corner, finding the right guy to ID and just owning the game of football as much as I can. Knowing the situation. Coach McDermott does such a great job with that in our locker room, in our team meetings, teaching us situation football. So I gotta be honed in on that and just being a handoff from what coach Dorsey is on the field.”

It’s hard to imagine how Josh Allen could improve much over last season. He has thrown for nearly 9,000 combined yards in his past two seasons and 36 touchdowns last year (37 the season before).

It’s clear that former Miami Hurricanes quarterback Ken Dorsey has been a magic maker with Allen. Dorsey has progressed from Quarterbacks Coach to Passing game coordinator & quarterbacks coach to Offensive Coordinator as we enter the 2022 season. They have worked magnificently together so far but Dorsey now has more control over the Bills’ offense and Allen seems more focused than ever, which signals they could really be scary good.

Josh Allen could've made it weird when he got left hanging but he leaned into it and made it funny https://t.co/vpeIBChzT9