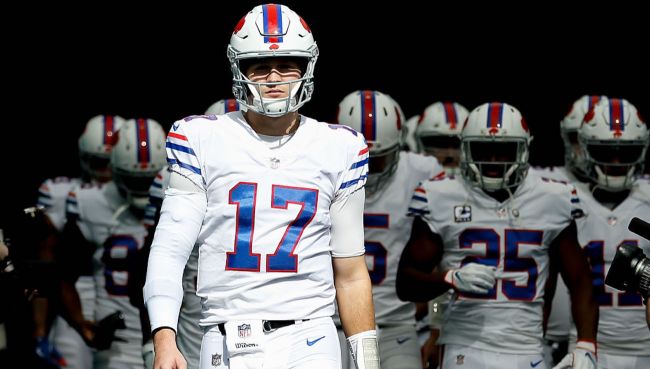 A season after losing an instantly iconic playoff game to Patrick Mahomes and the Kansas City Chiefs, the loaded Buffalo Bills — who added the likes of future Hall of Famer Von Miller to their already stacked roster — now find themselves as favorites to win next year’s Super Bowl.

According to various sports books, the Bills have odds of +650 to lift the Lombardi Trophy next year, which puts them ahead of teams such as the Tampa Bay Buccaneers (+750), Kansas City Chiefs (+900), Green Bay Packers (+1100), and the defending champion Los Angeles Rams.

Speaking to reporters during the Bills’ recent minicamp, Allen — who heads into his fourth season in the league as a legit MVP candidate — acknowledged the pressure on the Bills, saying that they have higher expectations than any other team in the NFL.

“I think the locker room and the guys that we have do such a good job of communicating and putting our expectations out there. And, again, we’ve got the highest expectations out of anybody,” Allen said.

To make their way to their first Super Bowl since 1994, they’ll not only have to overcome to Chiefs but the other promising squads that make up the AFC West — the Los Angeles Chargers, Denver Broncos, and Las Vegas Raiders — and the Cincinnati Bengals, the defending AFC Champions. The Patriots are, of course, always hanging around, while the Baltimore Ravens should be better this year, too.