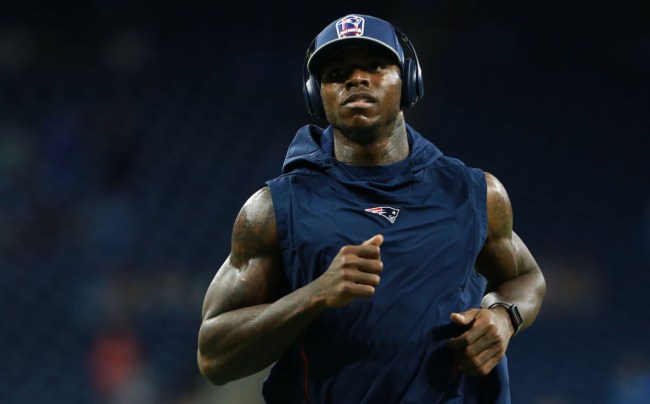 Plenty of NFL players have dealt with various substance abuse problems over the years but there is perhaps no bigger poster boy when it comes to making a series of questionable decisions than Josh Gordon.

Gordon—who once revealed he turned to Xanax, codeine, and weed AS A MIDDLE SCHOOLER to cope with a variety of issues—first ran into drug-related problems when he was arrested for possessing marijuana while he was enrolled at Baylor, and while he ended up transferring to Utah, he never played a snap thanks to a positive drug test.

However, he managed to overcome those series of setbacks and made it to the NFL after being drafted by the Browns, and in 2013, he was hit with what would be the start of a long line of suspensions after getting banned for two games after failing another test concerning an unspecified banned substance.

The very next year, he added a DUI to his résumé and followed up that transgression by testing positive for weed and earned what would ultimately become a 10-game suspension.

Gordon missed the entire 2015 season thanks to another ban stemming from his alcohol abuse, and the following year, he voluntarily stepped away from the game to check into rehab and would eventually return to the Browns toward the end of their 2016 campaign.

Eventually, Cleveland got fed up with his shit and sent him to the Patriots, but toward the end of the 2018 season, he stepped away from the game yet again to focus on getting his life together.

Unfortunately, it appears Gordon was unable to achieve that goal, as Adam Schefter revealed on Monday that he had been hit with yet another suspension—this one indefinite—after testing positive for both PEDs and at least one other recreational substance.

NFL has suspended Josh Gordon indefinitely for violating the league’s policies on performance-enhancing substances and substances of abuse.

Based on his track record, I’d be surprised if we see Gordon on an NFL field ever again but I sincerely wish him the best of luck in winning his seemingly endless battle with addiction.