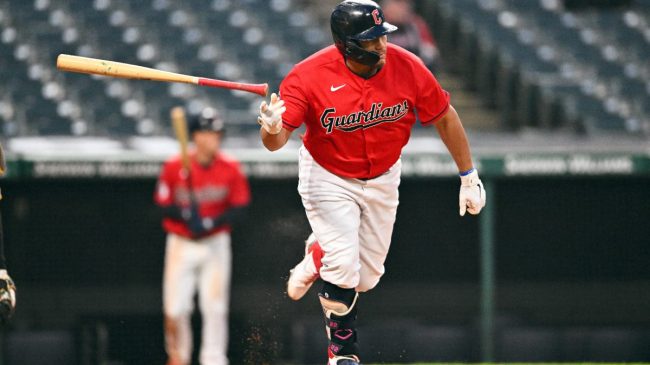 Have a day, Josh Naylor.

The left-handed slugger smacked a pair of home runs in Cleveland’s 12-9 extra inning win over the White Sox. And what a game it was.

Chicago took an 8-2 lead into the top of the ninth inning, but that’s when everything imploded.

The Guardians stormed back with six runs to tie the contest, highlighted by a grand slam by Naylor.

Guardians score 6 runs in the ninth to tie the game.

The two teams then traded runs in the 10th inning before Naylor offered some more heroics in the 11th.

With two men on base, the lefty turned around another Chicago offering, smacking his second long ball of the evening. The three-run bomb put the Gaurdians up 12-9, which would wind up being the final score.

Josh Naylor is THAT dude 😤

Naylor finished the game with three hits and eight RBIs. He improved upon his .338 batting average while doubling his home run total on the season.

While the come-from-behind victory had Gaurdians fans fired up, no one lost their mind more than Naylor himself.

Naylor completely lost his mind after his game-winning homer in the top of the 11th frame. The first baseman raced around the bases, finishing with a chest pounding, expletive shouting celebration at home plate.

The insane reaction continued as he got to the dugout, with Naylor launching his batting helmet into the concrete wall.

It’s safe to say he was fired up.

And rightfully so. That comeback win got the Gaurdians back above .500 on the season, improving their overall record to 15-14 this year. They’ll look to keep the momentum going on Tuesday.