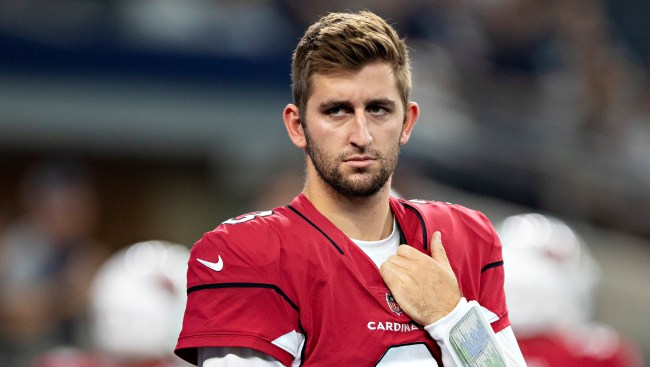 Has Arizona already moved on from 2018 first round pick Josh Rosen? Is new Cardinals’ head coach Kliff Kingsbury really so enamored with undersized quarterback Kyler Murray that he has already forsaken the 10th player taken in the 2018 NFL Draft?

My Magic 8-Ball and the new hype video the Cardinals dropped on Wednesday for the 2019 NFL season says, “Signs point to yes.”

Rosen, who replaced Sam Bradford as the team’s starting quarterback in Week 4 and led the team to a 3–10 record. (Of note, the Cardinals had scored just six points in three games with Bradford as the starter.)

He ended up with a abysmal 66.7 QB rating after throwing for 2,278 yards, 11 touchdowns, and 14 interceptions. Rosen was also sacked 45 times and fumbled 10 times, losing three of them. So while it wasn’t exactly a stellar start for the former UCLA Bruin, many successful NFL quarterbacks have started out worse.

And now, Rosen, who one would assume is the face and future of the Arizona Cardinals, is not even important enough to the team to feature in promotional material for the upcoming season.

Apparently, “right now” as Cardinals’ general manager Steve Keim put it at the 2019 NFL Combine, is over.

I found Rosen! If you blink you’ll miss him tho.... pic.twitter.com/ZauEEaazkb

UPDATE: The Cardinals released a new hype video. Guess who is in it?

Coming soon to a city near you!