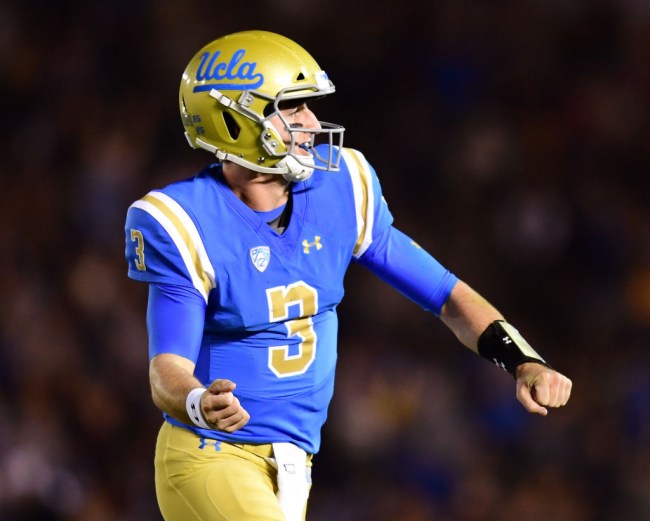 Last week, everyone on the Internet mourned the fifth year anniversary of the last released EA Sports NCAA football game. The game was shutdown after a federal lawsuit against the NCAA forced EA Sports to shut down production of its popular NCAA Football video-game franchise.

Today, a group spearheaded by Arizona Cardinals quarterback Josh Rosen has announced its plan to offer an alternative to the NCAA’s current system of unpaid athlete labor that would allow college athletes to get paid off their likeness if they earned a college degree.

Basically, Rosen & Co. envision athletes being able to profit within the NCAA’s established amateurism philosophy. Instead of railing against it, they want to work with it.

Under this plan, athletes can profit from various revenue opportunities that arise during their college careers – after they graduate. No diploma, no money. For players who aren’t guaranteed professional millions, pocketing several thousand dollars on their way into the working world could be a considerable incentive to earn a degree.

A key element is in forming an independent, non-profit entity – referred to in the document as a “Clearinghouse” – that works with the NCAA and acts as an intermediary between the players and potential endorsers. It would serve as a built-in buffer that alleviates the problems associated with agents and boosters who have no real regard for amateurism rules.

Upon arrival on campus, players can sign up to participate in the program, and the clearinghouse would then be the licensing representative. It would negotiate on behalf of athletes with interested business parties. Money earned for name, image and likeness – jerseys, trading cards, etc., including a reincarnation of the popular but currently extinct football and basketball video games – would go into an account that the players can access once they graduate.

Revenue would be generated on three tiers: national, regional and local agreements. It would then be distributed into individual player accounts; an NCAA-wide player pool; the NCAA itself; the clearinghouse; and a general scholarship fund that would funnel financial aid for academic purposes back into communities that produce the athletes.

The plan seems far-fetched but it’s better than the bullshit rules te NCAA currently has in place.