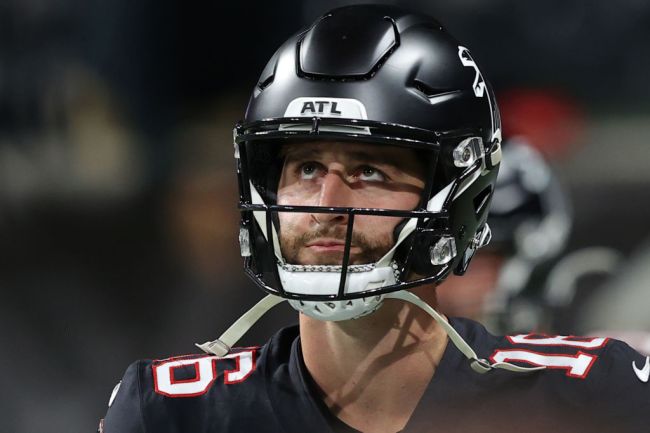 NFL draft bust Josh Rosen had another chance to prove himself in the NFL and failed once again.

Back in 2018, Rosen famously said that there were “nine mistakes were made ahead of me” when he was drafted tenth overall in the NFL draft.

“I was pretty pissed off when I fell,” said new Cardinals quarterback Josh Rosen, who fell to Arizona at No. 10 overall Thursday night. “One, two and three went by and it just kind of was a blur after that.”

“Nine mistakes were made ahead of me,” said Rosen. “And I will make sure over the next decade or so that they will know that they made a mistake.”

Unfortunately for Rosen, it seems like those nine teams were spot on. On Thursday night, Rosen entered the game for the Falcons late in the fourth quarter and immediately threw a pick-six interception in his first drive of the game.

This pretty much sums up Josh Rosen's career 😬 pic.twitter.com/6AjaWXlLBF

Fans immediately roasted Rosen on social media after the interception.

josh rosen is actually the worst player in the nfl