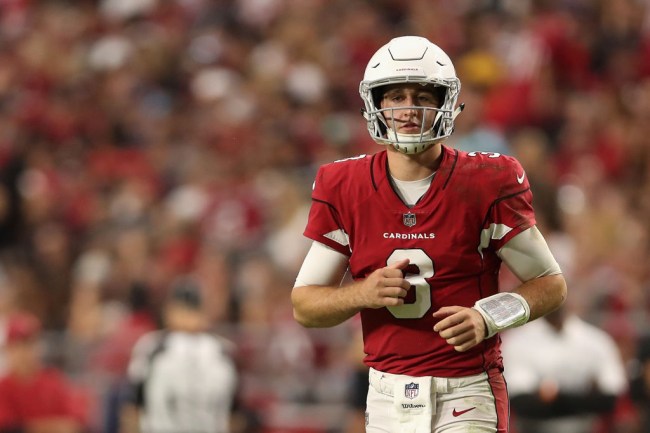 During their 2017-18 campaign, the Arizona Cardinals were mediocre enough to earn the 10th pick in the NFL Draft and decided to spend it on former UCLA quarterback Josh Rosen, who eventually signed a four-year, $18 million contract with the team.

Rosen was slated to back up Sam Bradford but saw himself take over starting duties thanks to Bradford’s impressively underwhelming performance over the first few games. Unfortunately for them, the rookie didn’t fare much better and the Cardinals finished the season with the worst record in the league.

Back in December, the team said they hadn’t lost faith in Rosen and GM Steve Kiem expressed his belief that he had the potential to be their franchise QB. However, that statement came before Arizona ended up in the basement of the NFL and consequently secured the first pick in the upcoming draft.

Since then, rumors have started to swirl that Oklahoma’s Kyler Murray has piqued the team’s interest, which has made things slightly awkward out in Phoenix. There’s been plenty of speculation that the Cardinals will put Rosen on the trade block, and on Wednesday, they stoked the fire by releasing a hype video in which their starting quarterback was nowhere to be found.

Rosen has remained relatively quiet, but on Thursday, Sports Illustrated released an interview they conducted with him in which he finally addressed the ongoing drama.

In an exclusive interview with SI TV, @josh3rosen opens up about his uncertain future with the Arizona Cardinals: "I definitely understand the situation… It is what it is, football's a business" https://t.co/ioW1ifdLsV pic.twitter.com/L2Z9DPdfHz

Here’s what he had to say about the situation:

“I think the season probably went as poorly as it could possibly go. But within that, I had an unbelievable time. I think when people talk about ‘You can’t listen to criticism,’ or ‘Don’t ever read articles.’

You have to be aware of what’s going on to a certain extent. So I definitely understand the situation. I mean it’s annoying, but is what it is, football’s a business, and I definitely respect the higher-ups and their decisions.”

However, he also took the chance to throw a little bit of shade at the Cardinals and made it clear he’ll hold a grudge if they do end up trading him.

Josh Rosen on his current situation in Arizona: “It’s my duty to prove them right if they keep me, and prove them wrong if they ship me off." (via @SInow)