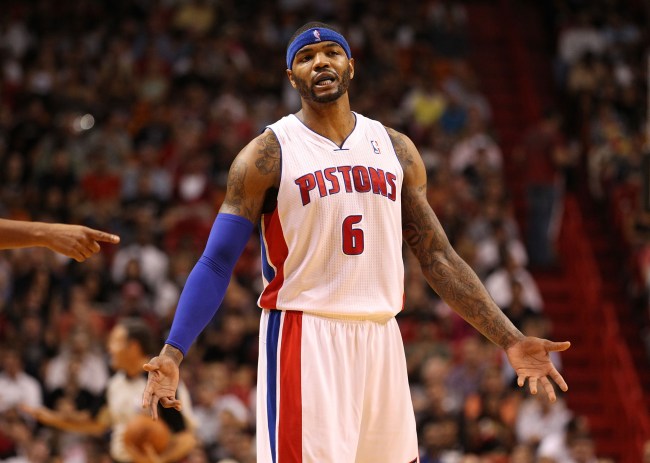 Josh Smith’s agent really deserves a round of applause, guys. While the former NBA player hasn’t played more than 55 games since the 2015 season — and only three games since then — the 17th overall pick in the 2004 NBA Draft has boats of money coming in every single year for doing absolutely nothing. No, really, Smith is making money blowing his nose.

That’s because the Detroit Pistons are still on the hook for the (very bad) contract they gave Josh Smith back during the 2013 offseason, which was for four years and $54 million. While Smith had a decent first season with the Pistons — averaging 16.4 points, 6.8 rebounds and dishing out 3.3 assists per game — by the time his second season in the Motor City came, his decline had already begun.

It's official! Josh Smith, welcome to the #Pistons! @JSmooveNBA pic.twitter.com/P3CUV1O2fj

Josh Smith fact – he was 1 of 2 players in the NBA last year to average at least 17 points, eight rebounds & four assists per game #Pistons

Unfortunately, Smith’s poor attitude and inconsistency on the court led to the Pistons releasing him midway through that second year with the team, agreeing to do so by using the league’s stretch provision — which pays the withstanding salary over twice the number of outstanding years plus one additional year — meaning Josh Smith was about to get a ton of money for sitting on the couch. Just how much? How about $5.3 million both this year and next year. That’s insane.

Yep, you read that right, guys, Josh Smith was such a headache with the Pistons that the team was totally cool doubling the remaining years left on his deal back then, about $27 million, and paying it out over five years at $5.3 million annually.

OK, so this isn’t quite Bobby Bonilla territory — which has the New York Mets paying the former MLB All-Star a wild $1.19 million until the year 2035, totaling $29.8 million after deferred payments began in 2011 — but for what the Pistons got from Josh Smith, a measly 105 games and some decent stats, this has to go down as one of those miserable contracts that they regret ever handing out. And the fact that Smith basically got run out of the league afterwards is a testament to just how bad the decision was to ever sign him in the first place.