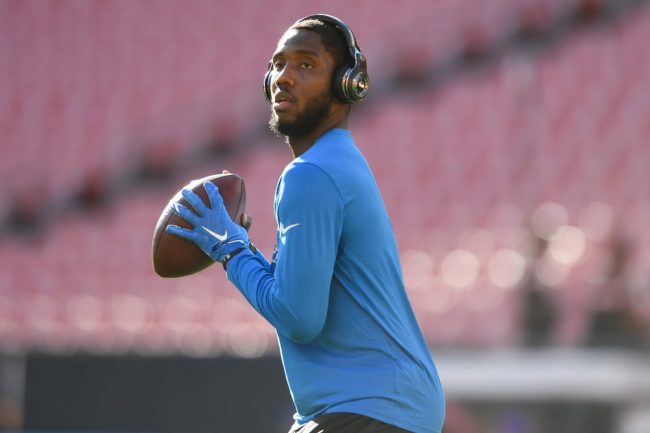 Josh Johnson has been around the block a time or two.

Or three… Or four…

In fact, he’s played for an NFL record 14 different teams over his professional career, and that doesn’t even include his time in the XFL, AAF, and UFL. He’s made stops with the Buccaneers, 49ers, Browns, Bengals, Jets, Colts, Bills, Ravens, Giants, Texans, Raiders, Commanders, Lions, and Broncos.

The quarterback is the ultimate definition of a journeyman.

On Tuesday, it was announced that the passer was released by the Denver Broncos ahead of the 2022 season opener. The team just wrapped up its third preseason matchup and is making final cuts as it looks to get down to a 53-man roster.

Now, he’ll be looking to add to that NFL mark and find a 15th home in the league. With news of Johnson’s cut going public this week, many around the NFL are reacting.

NFL fans react to Josh Johnson being released by Broncos

Fans were quick to respond to the Josh Johnson news with hilarious reactions on social media.

BetMGM hinted that Johnson needed to get his resume updated… again.

Josh Johnson getting ready to update his resume again pic.twitter.com/u3w58zc3Rv

Another Twitter user said, “Josh Johnson is living the life of a freelancer and I feel it in my soul.”

Josh Johnson is living the life of a freelancer and I feel it in my soul. https://t.co/z5KQNgbIgF

Ceasar’s Sportsbook says, “Josh Johnson is a legend,” before rattling off all the teams he’s suited up for in the past.

Josh Johnson is a legend pic.twitter.com/m3nw9mhFGc

It appears that the Broncos aren’t ready to let go of Johnson quite yet. Reports are saying they hope to get him back in some capacity, possibly as a practice squad player, before the season starts.

Paton: “We hope to get Josh [Johnson] back” on the practice squad.

It will be interesting to see what happens with the quarterback in 2022. It doesn’t seem like he’s ready to hang up the cleats quite yet.