J.R. Smith Says Ass Whooping He Gave A Man Who Allegedly Vandalized His Car Was A ‘Random Act Of Stupidness’ 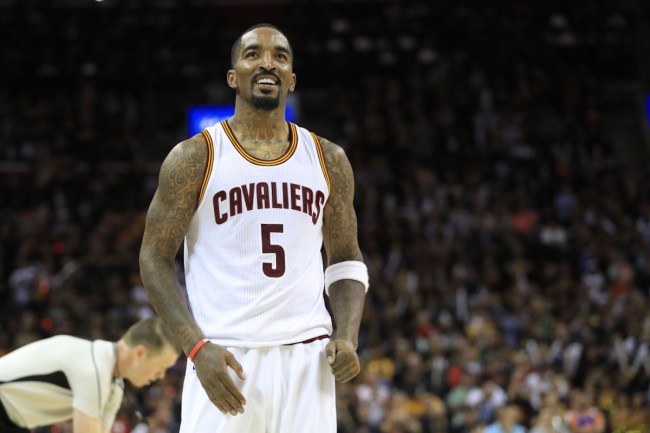 During Saturday afternoon’s protests in Los Angeles, J.R. Smith chased down a man that allegedly busted the window of his car and delivered a number of rather violent kicks. Smith, a current NBA free agent, joined The Pat McAfee Show on Monday morning and broke down the situation.

This guy broke JR Smith’s windows and JR let him have it pic.twitter.com/0Ap46Zz9ao

Smith explained that he was just relaxing and playing video games not aware that people were peacefully protesting close to his home. He decided to join the protests handing out waters and capturing some of the footage, but then the vandalism and looting began later, which Smith made it very clear that he is not supportive of.

Later, his car window was busted, which he pointed out the fact that he’s the only black person in his neighborhood, so the busting of his window caught him off guard.

“Granted, if he would have seen me, and seen somebody outside the car or outside the house or whatever, do I think he would’ve broke it? Absolutely not,” Smith said.

While it’s tough to blame Smith for reacting the way he did, he explained that he got caught up in the moment and when it was all said and done was disappointed in himself.

“When it happened, I seen red. Then when I finally snapped to… I’m still disappointed with myself.”

“For me, I’m 34 years old. I have 4 little girls at home. I don’t want that image, regardless of the fact whether it was right or wrong, I don’t want them to have that image of their dad being capable of doing that, and doing something like that.”

After joining the protests @TheRealJRSmith reacts to finding a man vandalizing his car and confronting him with an ass whooping #PatMcAfeeShowLIVE pic.twitter.com/PLmIlm7dh4