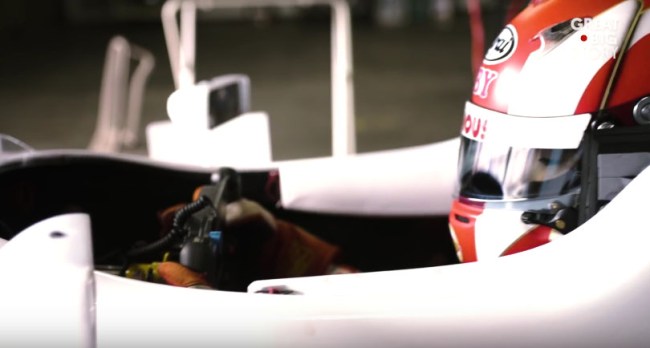 Racing prodigy Juju Noda regularly races her Formula Three car at speeds of 150mp and wants to become the first female Formula One champion. So… what did you do today?

The youngest professional racecar driver to ever be signed to a sponsor, Noda is the daughter of former Formula One driver Hideki Noda. She’s also still in elementary school.

Check this out. According to The Drive…

Noda holds the FIA Formula 4 lap record at Okayama International Circuit, and before you assume Okayama to be some podunk circuit in the middle of nowhere, consider the fact that it hosts Japan’s premier touring car series—Super GT—and that it hosted Formula 1 twice, in 1994 and 1995. Okayama is on the current roster of FIA Formula 4 Japan, too, so young Juju’s F4 competition at the track is plentiful.

When she turned three-years-old her dad Hideki gave her a racecar.

“I like the feeling of speed,” says Noda. “I have never felt scared of speed.”

After winning numerous trophies racing against adults in the Formula Four series, her dad decided she needed a bigger challenge so he moved her up to F3.

Watch her in action below and then go do something a little bit inspiring this weekend.