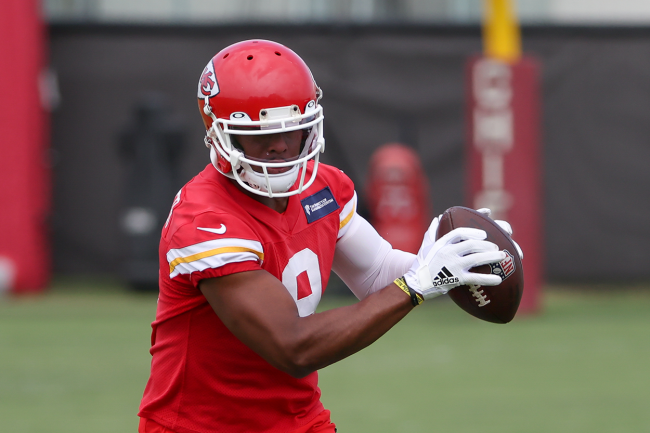 When Kansas City traded Tyreek Hill to Miami during the offseason, the team was in need of another pass-catcher. Patrick Mahomes’ best weapon is no longer on the team and they needed to replace his production.

In an effort to do so, the Chiefs signed JuJu Smith-Schuster to a one-year deal worth up to $10.75 million. It is a bit of a gamble, seeing as Smith-Schuster is coming off of a down year and comes with some controversy that stems from his TikTok.

After bursting onto the scene as a rookie in 2017, the former second round pick recorded his first 1,000-yard season in 2018 and earned an invitation to the Pro Bowl. Since then, his numbers have not been the same.

Smith-Schuster recorded 552 receiving yards in 2019 and followed it up with 831 yards in 2020 before missing most of 2021 with an injury. He has shown what he can do, but for Kansas City to bring him in does not come without risk.

However, the hope is that Smith-Schuster can return to his full potential with a fresh start on a new team. And he is already proving his worth on the first day of training camp.

On Wednesday morning, Smith-Schuster ran a corner route on the left side and Patrick Mahomes threw him the ball. Needing to cover some ground to make the catch, the first-year Chiefs receiver laid all of the way out and made an incredible snag.

Obviously, one clip from one practice does not prove anything. Signing Smith-Schuster could still be a total bust.

But his catch on Wednesday is a great sign for the organization and its fans. Mahomes is already looking his way and Smith-Schuster is already making plays.