JuJu Smith-Schuster Created LeBron James, Put Him On The Steelers And Had Him Dominate ‘Madden’ 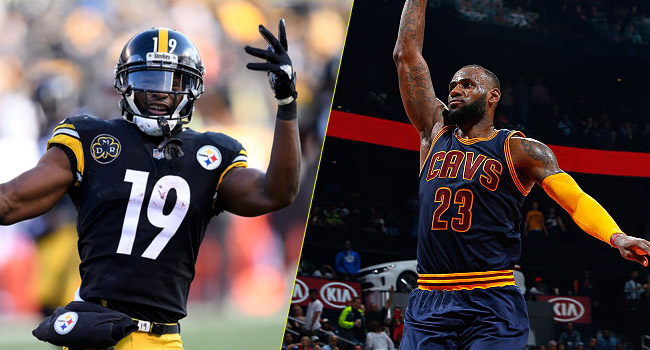 JuJu Smith-Schuster, in his continuing effort to recruit LeBron James when he becomes a free agent after this season, created LBJ as a player in Madden and put him on the Steelers.

JuJu isn’t just playing when it comes to his recruitment of James either. Despite the fact that LeBron already responded in the negative to his efforts with an A+ comment, Smith-Schuster is still going HAM trying to get LeBron to come around.

LeBron James has narrowed his choices in free agency down to 4 teams: Cavaliers, Lakers, 76ers, and Rockets (The Ringer)

Appearing on Undisputed, Smith-Shuster said, “Why not come to Pittsburgh? He’s the GOAT as a basketball player. But to be the greatest athlete in sports history, if he came to the Pittsburgh Steelers and won a Super Bowl, you can say that the guy did it all.”

On Thursday, JuJu keep his recruitment rolling hard releasing a new video on his YouTube channel listing the “Five Reasons LeBron Should Play For The Steelers.”

Then, just to top things off, Smith-Schuster created LeBron James in Madden and, naturally, put him on the Steelers.

Okay… that was pretty great. Consider me officially on the JuJu Smith-Schuster recruitment of LeBron James to the Steelers bandwagon.

Here’s my donation to the cause, JuJu. 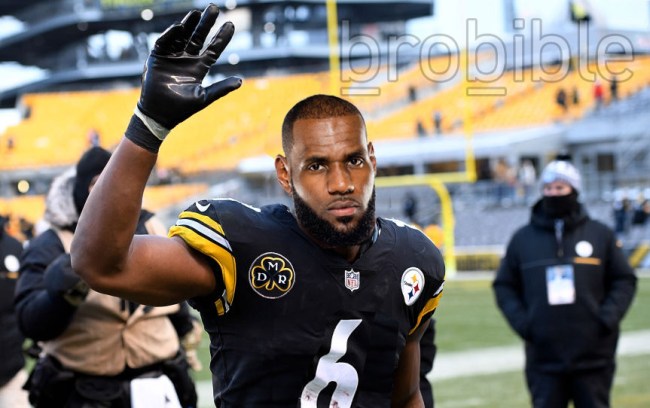