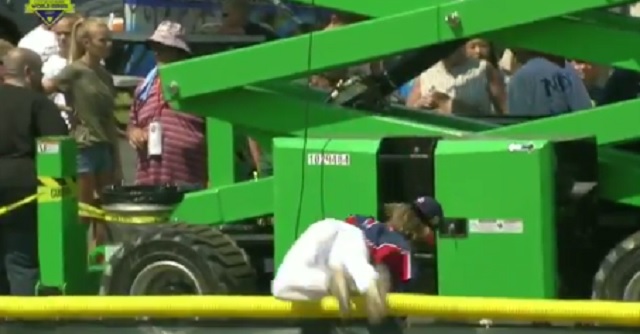 Jack Regenye, an outfielder from Pennsylvania playing in the Junior League World Series, made one of the best catches this afternoon when he dove over the fence to rob his a player from the opposing team from earning a home run.

This play from Pennsylvania's Jack Regenye in the Junior League World Series is the catch of the year. Unreal. pic.twitter.com/iNPmOtWU1q

There was a bit of controversy after the play when the umpires on the field initially overtuned the call to a home run but thankfully the umps came together and changed the call back to an out.