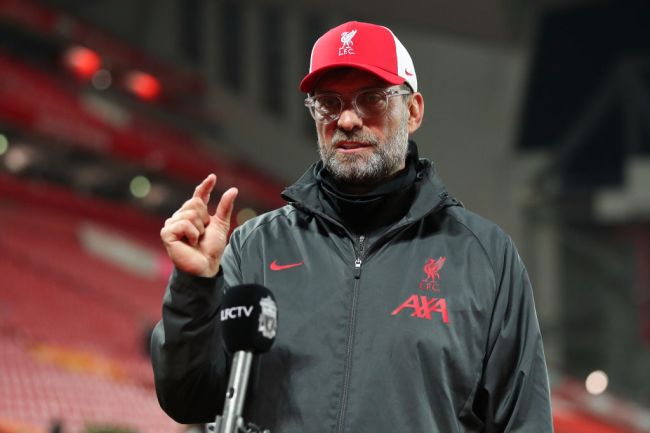 Well, Premier League fans, I hate to break your spirits just three games into the season, but barring anything catastrophic, it looks as though the Merseyside men are going to dominate England’s top football division once again.

Heading into this new season, there were concerns that Jurgen Klopp’s Reds may not be as hungry as they have been in year’s past now that they’ve finally ended Liverpool’s 30-year Premier League title drought. Those doubts have been squashed just three games into the season, as Liverpool not only look as passionate as ever, but as powerful as ever, as evidenced by their utter domination of Arsenal in Monday’s 3-1 victory.

And yet, despite the fact that his team was fresh off of a clinically commanding performance against one of England’s top teams, Klopp was in a fightin’ mood in his postgame interview after he heard Manchester United legend and current Sky Sports analyst Roy Keane call his team’s performance “sloppy”. The result is two alpha dogs waiting for the other to blink, which obviously made for GLORIOUS television.

🗣️ "Did Mr Keane say it was a sloppy performance? Maybe he is speaking about another game…" 👀

What’s most ironic about this moment is that it quite literally has nothing to do with Roy Keane or the fact that he used to play for Liverpool’s greatest rival, Manchester United. No, Klopp’s anger all boils down to the fact that he proper HATES hot-take soundbite journalism. It doesn’t matter if it’s a fresh-outta-college first-timer or 49-year-old Irish footballing legend, he will absolutely flame you if he doesn’t agree with your analysis of his team.

Now, that said, if Liverpool were poor on the day, he’d certainly agree. But following a performance where Liverpool looked every bit like the best team in the world, Klopp just wasn’t having Keane’s hot-takery, adding yet another moment to the growing pile of evidence that proves Jurgen Klopp is among the most elite sports — not just soocer, but all sports — coaches in the world.

Up the Reds. We’re onto Villa.

RELATED: Jurgen Klopp Woke Up Legendary Man U Manager Alex Ferguson At 3:30 A.M. To Brag About Winning The Premier League