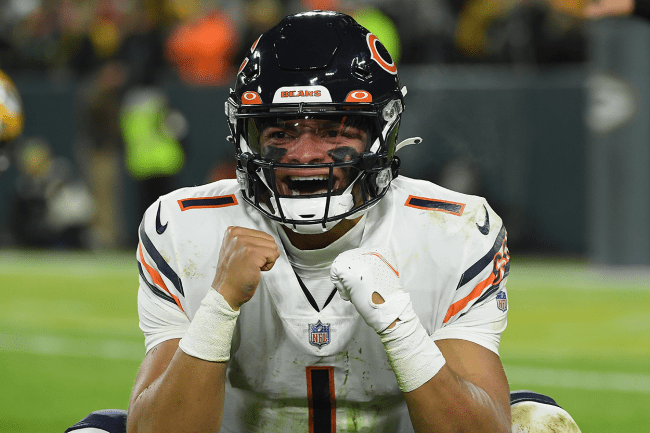 Justin Fields enters his second season with the Chicago Bears in 2022, and his first as the full-time, certified starter. As he looks ahead to the fall, the former No. 11 overall pick is remaining completely open and honest.

The Bears got their mandatory minicamp underway this week. There is a lot of time left before Chicago takes the field for Week 1 of the regular season and the team is not expected to be ready to do so in June. That would be unrealistic.

However, it is not often that a player openly admits that he and his teammates aren’t prepared in complete and total honesty. Fields did and it’s rather refreshing.

After practice on Tuesday, the former Ohio State star was asked about whether the Bears offense is ready to take to the gridiron. Fields said that is not the case.

But Fields didn’t just leave it there. He explained why he is not comfortable with starting the season now, and he held his teammates accountable in the process.

Obviously, no NFL team is ready to play a game right now. Especially a team that is replacing its head coach and offensive coordinator. Fields says that the Bears are in the middle of a learning curve.

“They’re throwing a lot at us,” he said. “They’re pretty much throwing the whole playbook at us — which is good right now, but, of course, there are going to be mistakes. But we’d rather have the mistakes come right now than later in the fall or [training] camp.”

Hopefully Chicago gets things figured out by September because if there is no upward trajectory this fall, the team is in trouble.