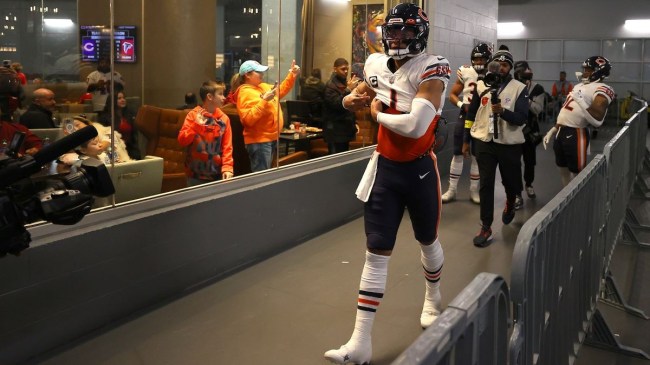 We’ve all been there. It’s late at night and you’re hungry, but you don’t have the energy to make any food or go out anywhere. So you reach for your phone and hit up Uber Eats, or Doordash or GrubHub. It’s particularly easy to do for those of us who live in cold northern states that make going outside between November and March a miserable experience.

Take, for example, Chicago Bears quarterback Justin Fields. Fields has experienced a recent breakout and finally looks like the quarterback the Bears thought they were getting when they drafted him in the first round of the 2021 NFL Draft.

But the heavy workload also took a toll, leading to an injury that cost him the start last week in Chicago’s 31-10 loss to the New York Jets.

He’s set to return this week against the Packers. But Fields is apparently taking it easy and not putting too much stress on his body before making his return.

Justin Fields Calls Out Uber Eats Over $90 Of Undelivered Food

In a since-deleted tweet, Fields took aim at delivery service Uber Eats for $90 worth of food that he ordered and wasn’t delivered. The tweet also claimed that Uber Eats wouldn’t credit him for the purchase. 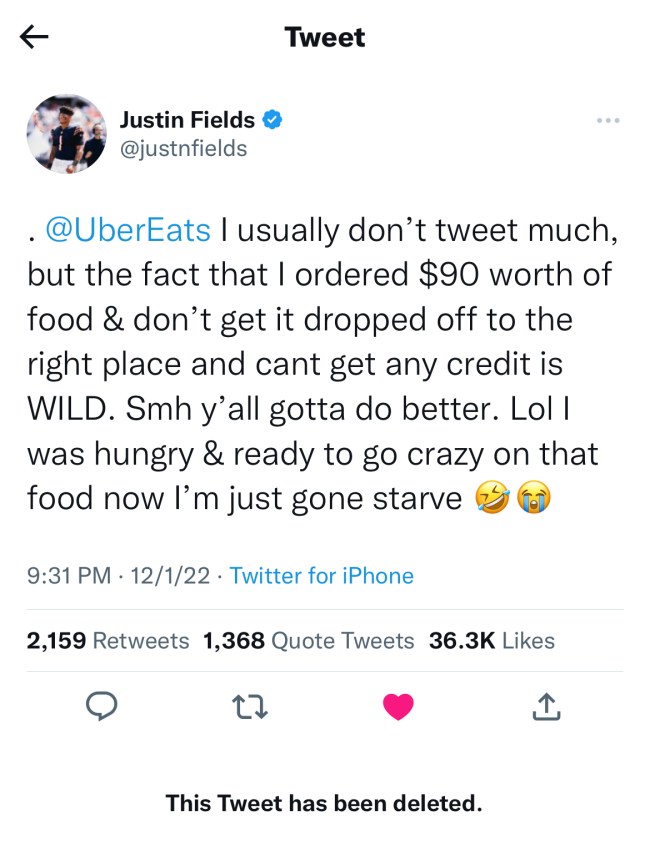 “@UberEats, I usually don’t tweet much, but the fact that I order $90 worth of food & didn’t get it dropped off to the right place and can’t get any credit is WILD. Smh, y’all gotta do better, Lol I was hungry & ready to crazy on that food now I’m just gone starve,” the tweet read.

Fields didn’t clarify why he deleted the tweet. But it was extremely relatable. Because these services rely on independent contractors to deliver, there’s always a 50-50 chance your food never shows up.

But I wouldn’t want to be known as the driver who messed up Justin Fields’ order in Chicago.