Justin Fields Said Doctors Didn’t Explain Injury During Sugar Bowl, Just Shot Him Up And Let Him Go Back Out 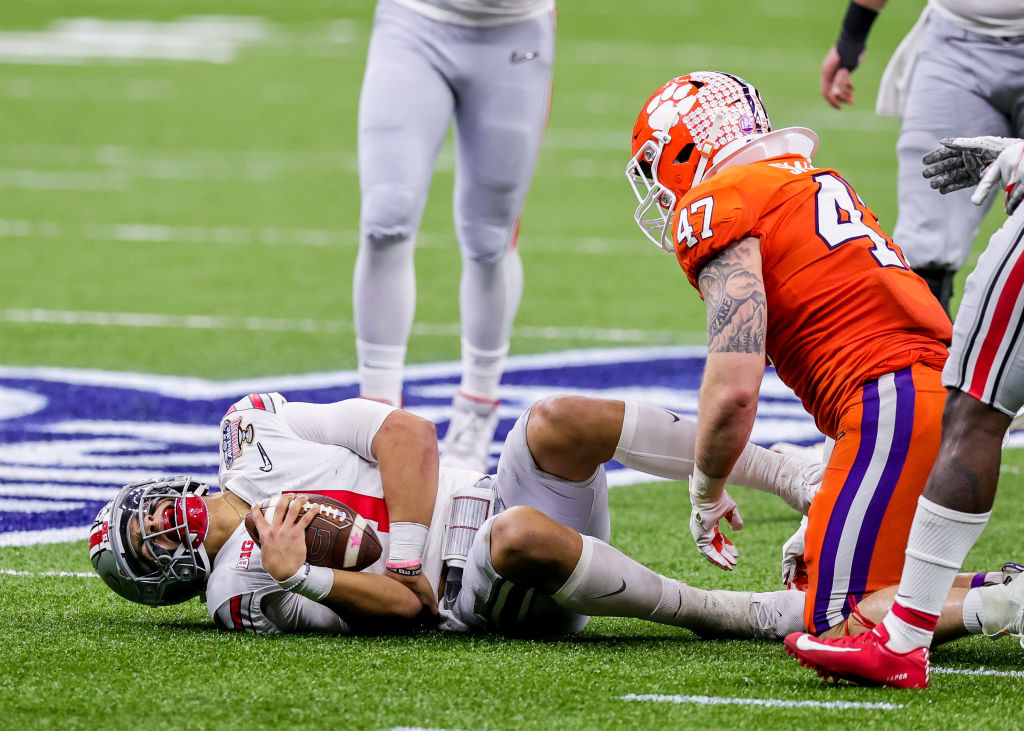 After taking an insane hit from Clemson linebacker James Skalski during last night’s Sugar Bowl, Justin Fields could barely walk or ride the bike on the sideline.

James Skalski was called for targeting and ejected after this hit on Justin Fields. pic.twitter.com/0oqTQCTEDi

The Ohio State quarterback was in noticeable pain, and could barely even get on the stationary bike, but somehow returned to lead the Buckeyes to a 49-28 victory and a chance at a National Championship against Alabama.

Fields was obviously injured during the game but the exact injury is still unknown. In fact, the doctors didn’t even tell Fields the extent of the injury before allowing him to return to the game.

At a postgame press conference, Fields shared the exchange between himself and team doctors.

“They didn’t really tell me anything. I took a shot or two and just ran back out there. But it’s pretty much my whole right is sore. That’s messed up. And a little, my hip. But they didn’t really give me a diagnosis at all. ”

This is problematic. Young athletes blindly trust team doctors and trainers. When a player is hurt, the least they should do is inform him of what it is and risks to continue playing before shooting him up.

Sidenote: I’ve been this player. pic.twitter.com/2e98pQSZce

The doctors obviously thought the injury wasn’t too severe and allowed Fields to return to the game but at least tell him SOMETHING.

This is a young man trusting the personnel hired by OSU to take care of athletes but the fact that medical personal didn’t at least share some possible scenarios with the kid seems careless.

Just “shooting him up” and allowing Fields to go back out on the field feels as though the doctors were putting the team first and not the health of a young athlete.