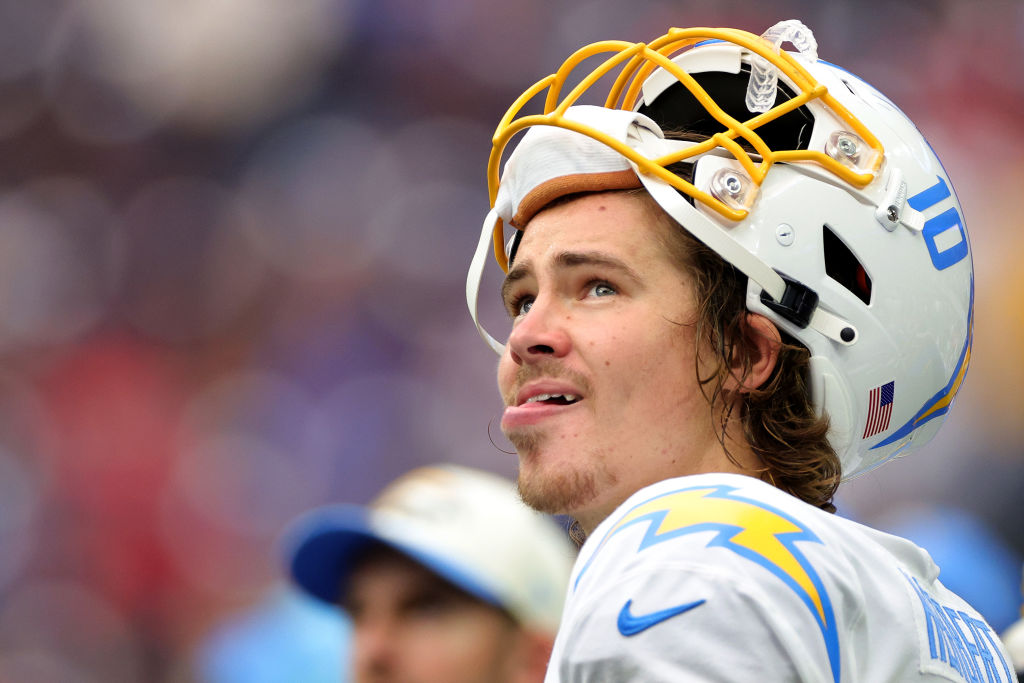 Before Monday Night’s Broncos-Chargers game, DraftKings announced they were boosting Justin Herbert’s odds of throwing 1 TD in the game from -800 to +100,

Need a Monday Night pick me up?

Of course, fans fell for the bait and felt that the bet was an absolute lock considering Herbert has thrown a touchdown in every game since 2020

Must bet oddsboost on Draftkings:

You don’t need me to tell you this is good – he’s a decent favorite for 2+ tds. pic.twitter.com/tRqaGiitNy

Herbert did not throw a TD in the game, and fans were amazed at how DraftKings straight up finessed them.

Coming into tonight, Justin Herbert has had only one game in his entire career where he didn’t throw at least one touchdown.

Tonight was his 2nd game without one.

It’s astonishing how often these boosts don’t come through, even when it seems like such a sure thing. https://t.co/cOhEcWAx31

Justin Herbert had a passing TD in 36 of 37 career starts before tonight. IDK how the sportsbooks do it https://t.co/jYD7BGfitK

Some fans believe that there was something fishy going on with the odds boost.

Justin Herbert has thrown a TD in 26 straight regular season games. Tonight, Draft Kings boosted Herbert one passing touchdown from -800 to +100…he has yet to throw a TD.

Sports leagues and sports books are in cahoots with each other. Change my mind.

Deleting @DraftKings immediately, completely rigged. Only one other time his career Herbert has not thrown for a TD and today of all games his odds are boosted to +100 from -800. Listen I’m fine with losing my money but not okay with theft #DraftKingsMNF