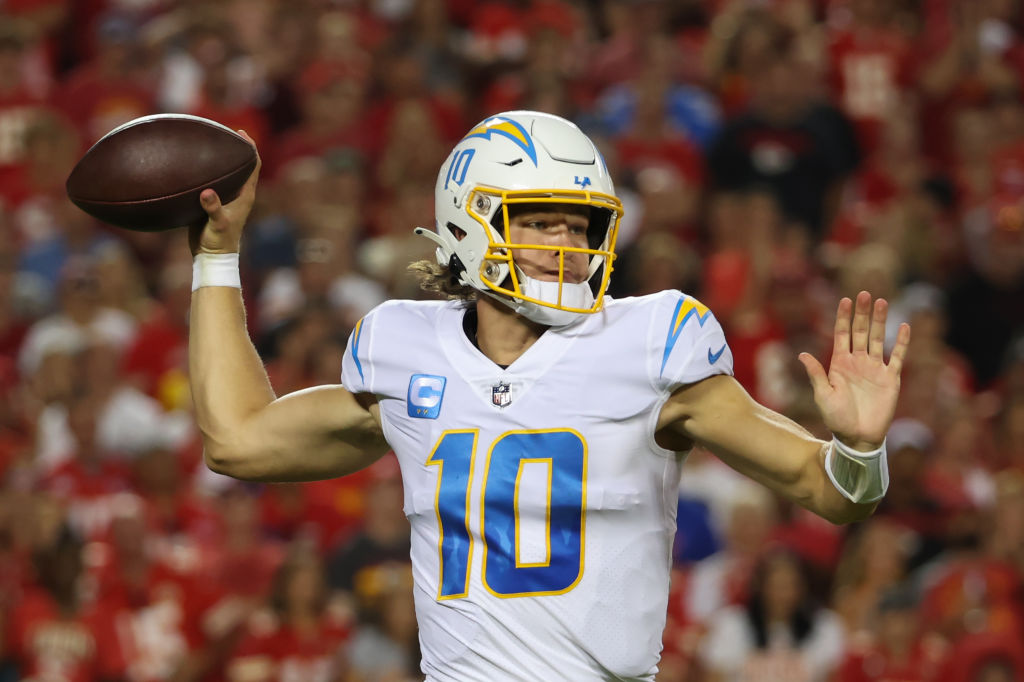 Justin Herbert may need to get a “pain-killing injection” during pregame warmups two years after Tyrod Taylor suffered a punctured lung when a Chargers team doctor tried to administer a similar injection on him before a game.

On Sunday morning, ESPN’s Adam Schefter reported that Herbert was considering getting the injection during pre-game warmups but still hadn’t decided yet.

Los Angeles Chargers quarterback Justin Herbert is expected to make a decision during pregame warm-ups on Sunday about whether to take a painkilling injection in his fractured rib cartilage to try to play against the Jacksonville Jaguars, sources told ESPN’s Adam Schefter.

Herbert wants to play, a source told Schefter, but, there was growing skepticism about his status going into the weekend. The decision to play has bounced back and forth throughout the week, Schefter reports.

According to Chris Mortensen, the team will use an ultrasound to make sure Herbert’s lung doesn’t get punctured if he chooses to get the injection.

If Justin Herbert chooses to take a pain injection today, it will be done with the assistance of an ultra sound imaging monitor to guide the administering doctor to appropriate site.
Sources say Herbert received an injection to practice on a (limited) basis with mixed results.

Considering the same team doctor who punctured Taylor’s lung is still with the team, NFL fans are urging Herbert not to take the injection.

JUSTIN NO DO NOT TAKE THE RIB INJECTION BY THE CHARGERS DOCTORS JUSTINNNNN https://t.co/SrserV9RZF pic.twitter.com/no2nS6iQ6z

Luckily the Chargers have such a good history of pre-game injections into the upper body area https://t.co/iFDxkUZQBh

“Tyrod Taylor may have to give young Justin some sage advice here.”

Tyrod Taylor may have to give young Justin some sage advice here. https://t.co/wl8mKh9j3j