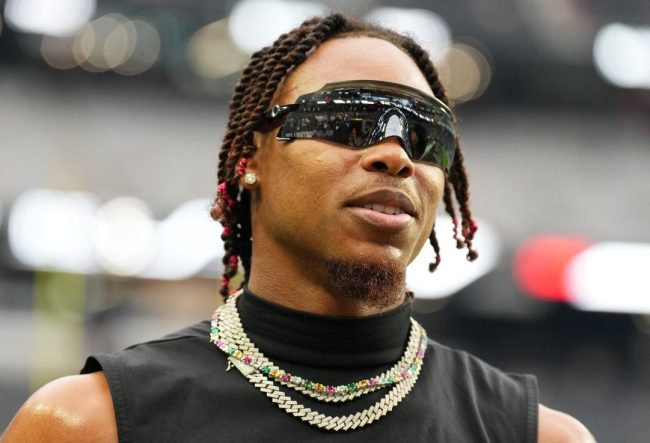 Arguing about the best player in any sport is a typical conversation amongst players and fans alike. During this offseason, many have been asking Cincinnati Bengals star, Ja’Marr Chase, if he thinks he’s better than Justin Jefferson. Finally, the Minnesota Vikings’ star has responded.

NFL on CBS shared a double clip of the two superstar wideouts sharing their takes. After listening to Chase claim he’s the best receiver, Justin Jefferson’s comments are finally heard. Clearly, he thinks he’s better than the Bengals’ star, as these two won’t budge on this topic. And why would they?

This rivalry has quickly become one of the best in the NFL. After lighting it up together as teammates in college, Justin Jefferson and Ja’Marr Chase have quickly taken over the league. Jefferson blew everyone’s minds in his rookie year and hasn’t slowed down since. Then, Chase did the same thing in the 2021 season. Now, the two are going at it as they compete to see who the best wide receiver will be.

The true winners of this rivalry though are the Vikings and Bengals franchises. They each have absolute studs at the wide receiver position. These two are going to be at the top of the list for a long time, as they each have plenty of time in the NFL to be great. With this rivalry heating up, who knows what Justin Jefferson and Ja’Marr Chase can accomplish?