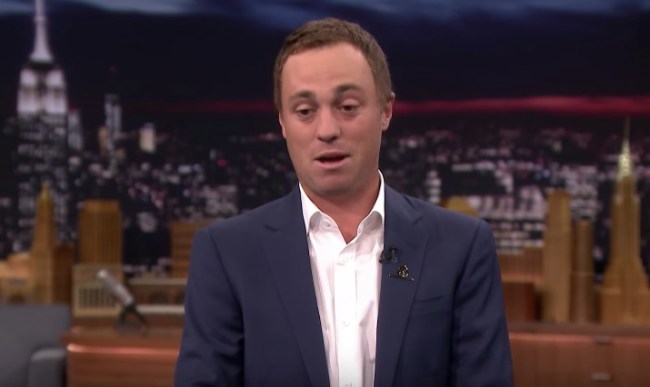 Justin Thomas is one of the best golfers on the planet and I’m guessing you already know that because if you clicked to read this article then there’s a solid chance you know how much of a stud he is on the course.

Nevertheless, I’m going to list out some of some of Justin Thomas‘ accomplishments for the people who might not realize how much of a run he’s been on in the past few years: 2017 PGA Tour Player of the Year, 2017 FedEx Cup Champion, 2017 PGA Championship winner, 2017 PGA Tour Leading Money Winner, 10 professional wins since turning pro in 2013 (9 on the PGA Tour). He’s got two wins this season, -8 at The Honda Classic where he won in a playoff and -15 at the WGC-Bridgestone Invitational just two weeks ago.

He’s one of the biggest names in golf right and you’d think that fans would be clamoring to get a better view of him as he was in contention on Sunday at the PGA Championship, but that wasn’t the case because Big Cat was also in contention.

Now, against all odds, it finally appears as if Tiger Woods is back.

Tiger was in contention on Sunday two major championships in a row. Last Sunday, he shot his lowest Sunday round ever in a PGA Championship. He’s already one of the Vegas favorites to win the 2019 Masters. Tiger’s a lock for the Ryder Cup team and, yes, he’s back.

Now we’ve got this new generation of golfers (Rory, Justin, Dustin, Brooks, Jordan, etc) playing against *the real* Tiger Woods for the very first time, and I don’t mean just the talented golfer. When Tiger Woods is on the course the crowd size triples and the roars when he makes a great shot or sink a putt are unlike anything else in golf. The course erupts.

Here’s Justin on The Tonight Show Starring Jimmy Fallon last night where he talked about playing in that Tiger-Sunday atmosphere for the first time, and after that he squared off against Jimmy Fallon in a game of ‘Facebreakers’, a skill-based golf game for charity:

Here’s Justin competing in that game of Facebreakers:

Jimmy Fallon can be a dweeb sometimes but it’s still pretty great to see him pull together games like this which donate to charity.

As for Justin Thomas, you can track him in the FedEx Cup playoffs which begin soon and then he’ll be on the Ryder Cup in France alongside Tiger Woods at the end of next month.