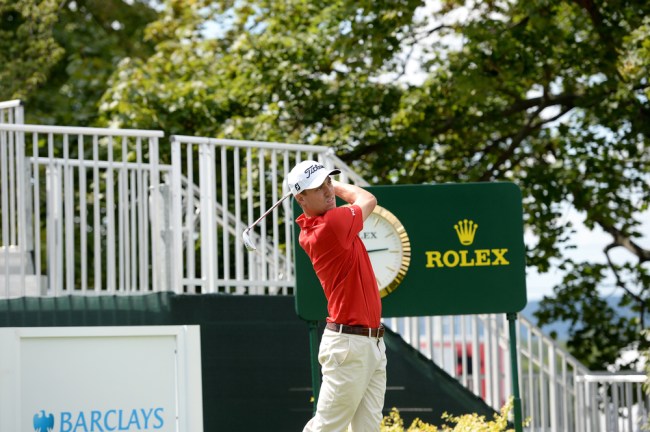 Justin Thomas had one hell of a 2016/2017 season on the PGA Tour. He won five tournaments including the PGA Championship, and he capped off his remarkable season with a FedEx Cup win which netted him a $10,000,000 prize. Justin was 1-stroke away from winning the Tour Championship at East Lake G.C. in Atlanta but ultimately fell short and rookie of the year Xander Schauffele went on to win.

The most successful people I’ve known in life are goal-driven. They make lists of goals, they set goals, and they work towards achieving those goals. Once you define your goals in life and having something concrete to work towards, everything becomes much more in-focus. You can pinpoint the work that needs to be done in order to achieve your goals. Such is the case with Justin Thomas’ remarkable season.

During the press conference after finishing his final round at East Lake and securing the 2016/2017 FedEx Cup, Justin Thomas shared the list of goals he’d written for himself back in February. He kept those goals in a Stickie Note on his iPhone:

Tour championship Y
Win at least once Y
Be in final 2 groups of a major on Sunday
Win a major
Make presidents cup
+.25 or better strokes gained putting
Above 1 SG tee to green (driving and approach)
Top 10 in all around stats
Under par on par 3/4/5
Top 30 in scrambling
Top 10 in half my starts
Under 70 scoring average
Less short rides

That’s one hell of a list of goals. Justin Thomas is ambitious, but his ambition has paid off.

He made the Tour Championship (finished 2nd). He won 5x, including a major (PGA Championship). He made the Presidents Cup roster. In 25 events played he finished in the top-10 twelve times (14 top-25 finishes). Justin ranked 5th overall in Putts Per Round. He ranked 3rd in Scoring Average (69.39). 2nd in Birdie Average (4.48 birdies per round), and Justin Ranked 6th overall in ‘all around stats’ THIS is why you set goals. Without writing them down you don’t have anything to work towards.

Lastly, I’d just like to send big congratulations to Justin Thomas on his remarkable season, and I’d like to wish Team USA the best of luck in the President’s Cup.