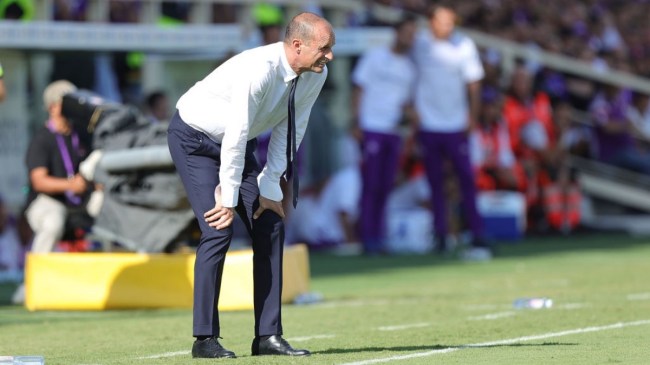 When the UEFA Champions League draw was finished, Group H was viewed as one of the groups to watch for this year’s tournament. Featuring Juventus, Paris Saint-Germain, and Benfica, the group boasted plenty of talent.

We are now just a few days away from the group stage’s first matches and it appears Juventus manager Massimiliano Allegri doesn’t believe there is much reason to watch his team’s matchup against PSG.

Speaking after the team struggled to get another disappointing draw, their 3rd of the season, which dropped them out of the top 4 in Serie A, Allegri gave his thoughts on the matchup.

According to Allegri, a Juventus win against PSG is unrealistic and fans should instead be hoping for a win at home against Benfica the following week.

Juventus manager doesn’t believe a win against PSG is realistic

Juventus has continued to go through the same struggles they’ve dealt with over the past few seasons. Allegri has them playing an ugly style of football that has produced minimal offense. They didn’t look good against Spezia even in a 2-0 win and appeared to be the worse team in their draw against Fiorentina.

Still, their manager should probably at least pretend that the team can win against PSG this week. He won’t have Juventus chase a win because he doesn’t even do that against teams that Juve should dominate, but he could at least give fans hope.

It’s much more likely that Juve will pack their defense in from the opening whistle and try to steal a point in Paris.

At least Allegri managed to give Juventus fans hope that a win in the team’s 2nd Champions League is a realistic expectation.