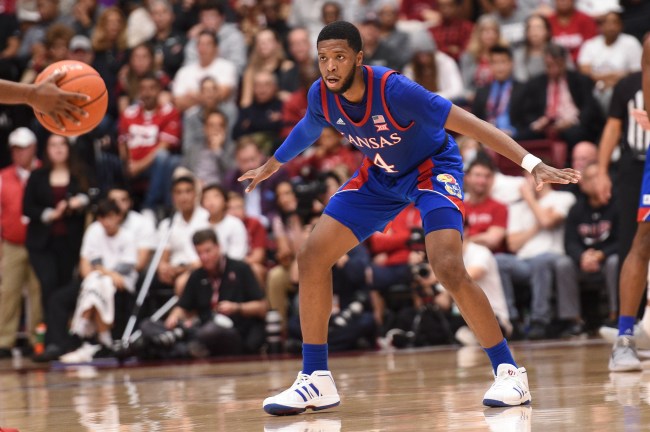 The last thing you want to see when you look at the window of an airplane is fire shooting out of the engine, am I right? I’m not a nervous traveler, there’s no reason to be, but if I were to flip open the plastic window shade and see flames spewing from the engine I’d probably start to sweat.

The #5-ranked Kansas Jayhawks basketball team had flown to the Bay Area for their game against Stanford where they’d won 72-56. Upon heading home they were probably feeling pretty good until they experienced this unsettling engine failure.

The team was 20-minutes into the air when they realized what was happening and the pilot reportedly contacted the San Jose Airport so they could double back and fix the engine. Thankfully, they were able to make a safe landing. The team then stayed in San Jose an additional night before heading back to Lawrence.

@KUHoops plane blows engine on flight back to Lawrence. We just landed safely back in San Jose. 🙏🏻 pic.twitter.com/aAKPcavCUK

Thankful to report that everyone onboard is safe and sound. https://t.co/2NAmfVAHHz

Flying is arguably the safest way to travel long distances. Without looking at the stats, I’d guess that trains are a bit safer but you’re not going to take a train across the country for a 48-hour trip. But I can see how incidents like this would spook some people into never flying again.

Hopefully, these dudes get home today and are able to chill out for NYE and have some downtime before the season really gets stressful over the next few months.